I got a challenge from Hobbykunst, to decorate an MDF vase. This is the second vase I am decorating/altering for Hobbykunst. The first vase became an Alice in Wonderland clock. 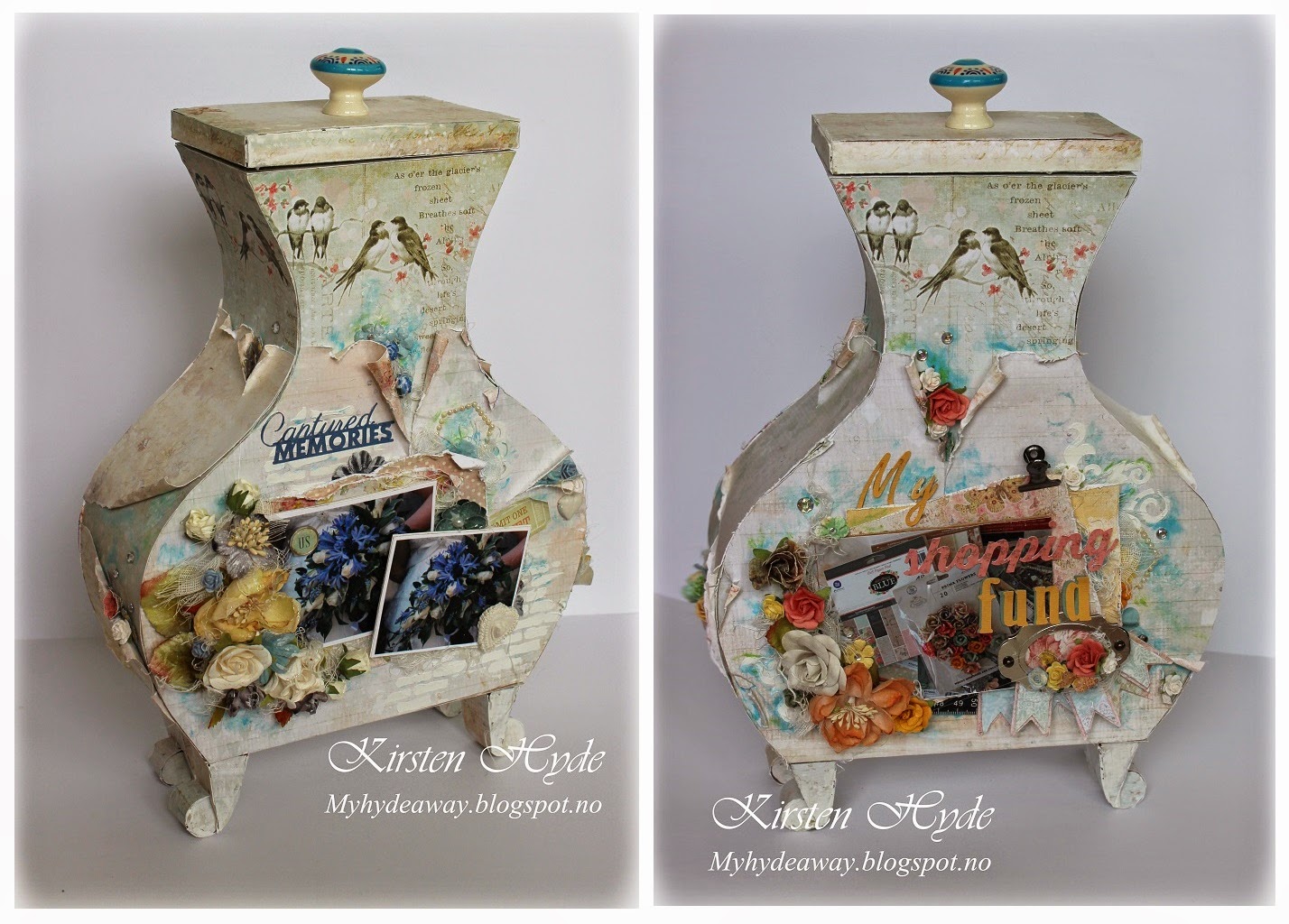 Since this vase, was going to be on show in a shop, I decided to do two different vases in one. I made it different on each side to give the an idea of two different uses for the vase. 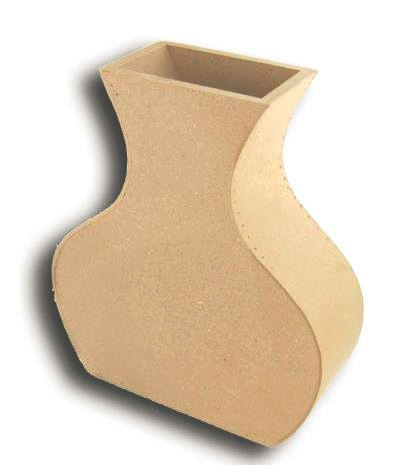 The MDF vase before it was altered. The vase was decorated with Prima papers - Princess collection; Lily, Ava, and Sophia. I also made some feet and a lid, out of an old cardboard box, for the vase. 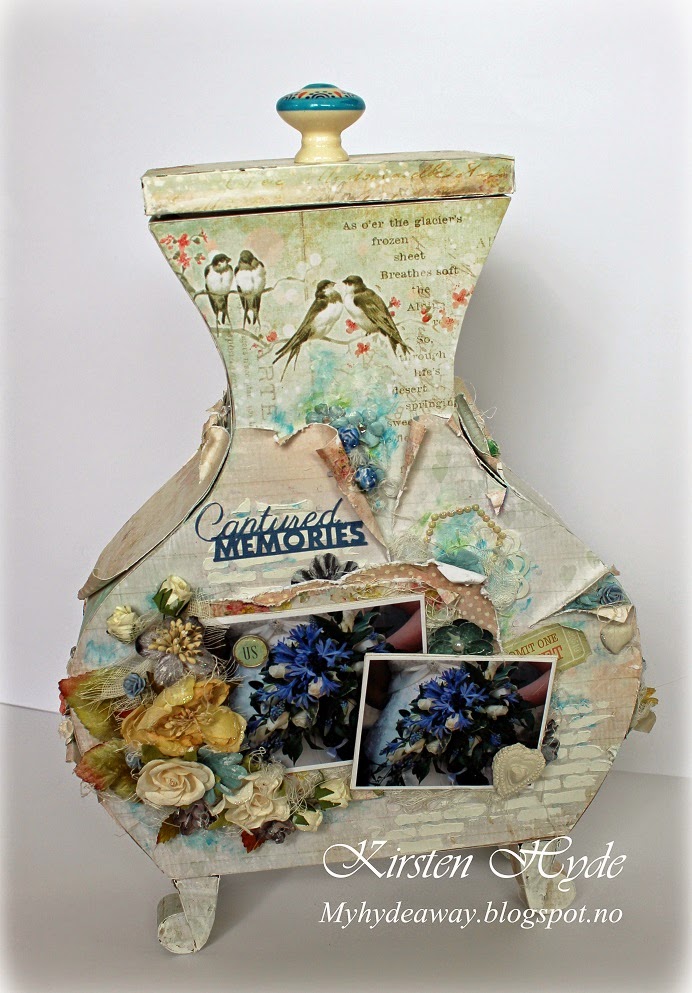 On one side, I decorated it as a savings found for captured wedding memories. 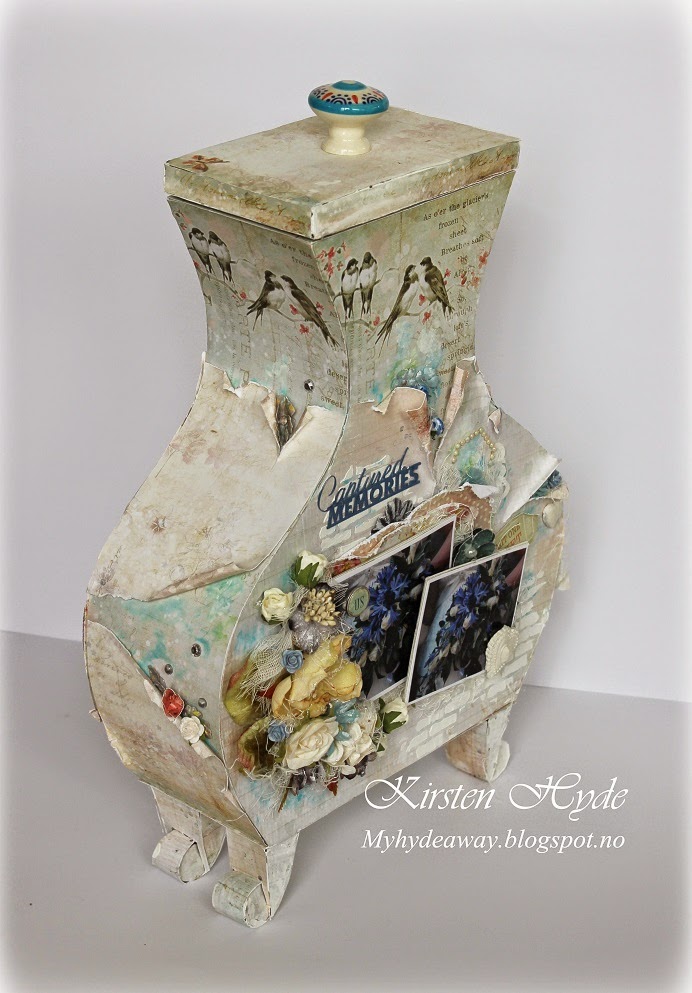 I have distressed, torn and curled the top layer of paper, before it was glued onto the vase with Modge Podge. I have used distress paint in between the layers of paper, to create the extra colour effect. 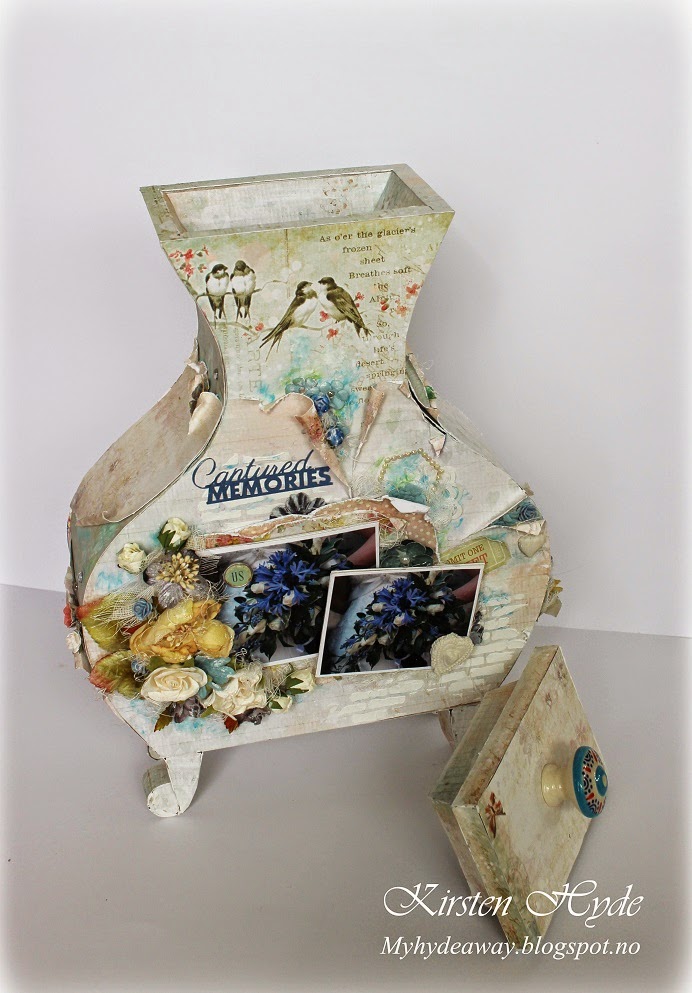 The lid was made with several layers of cardboard from an old cardboard box, and then covered with Prima papers. The knob is a door knob from TGR. 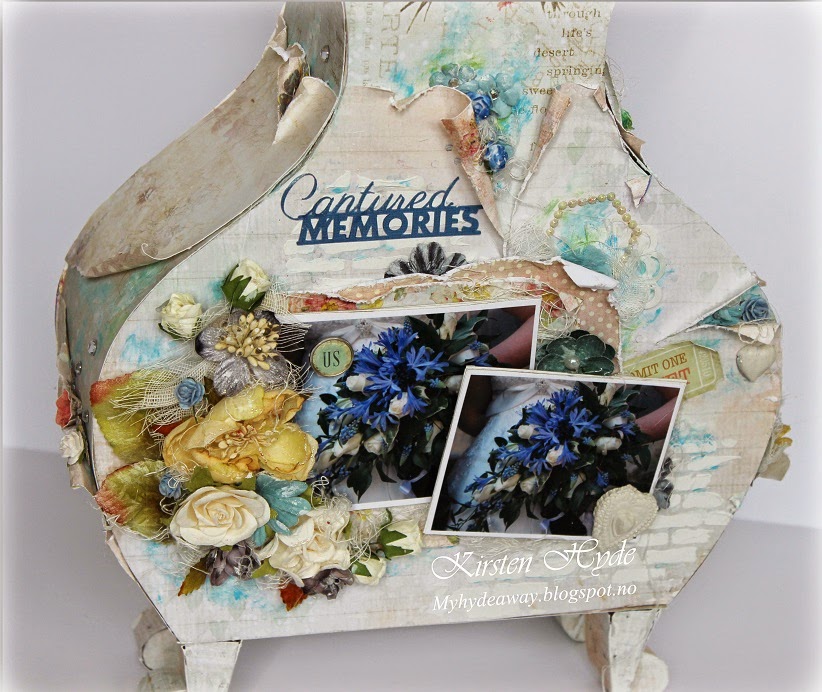 I have also used a stencil and gesso to create the brick effect. The photos of the wedding flowers, are my own photos. 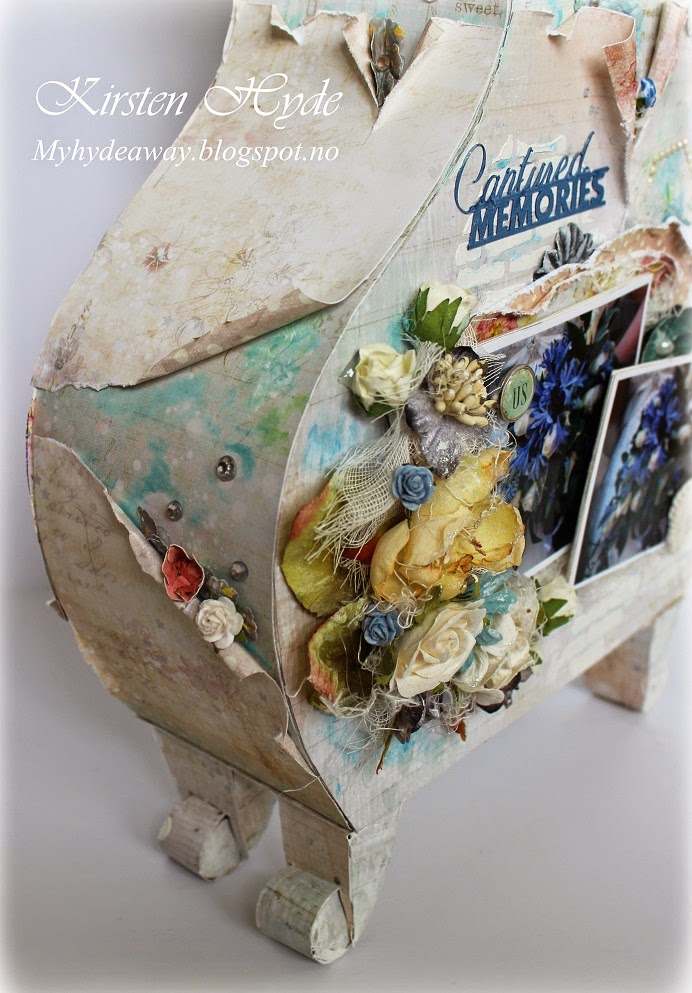 Flowers are a mixture from Prima, Petaloo and Mathia flowers. I have used cheese cloth in between the flowers. 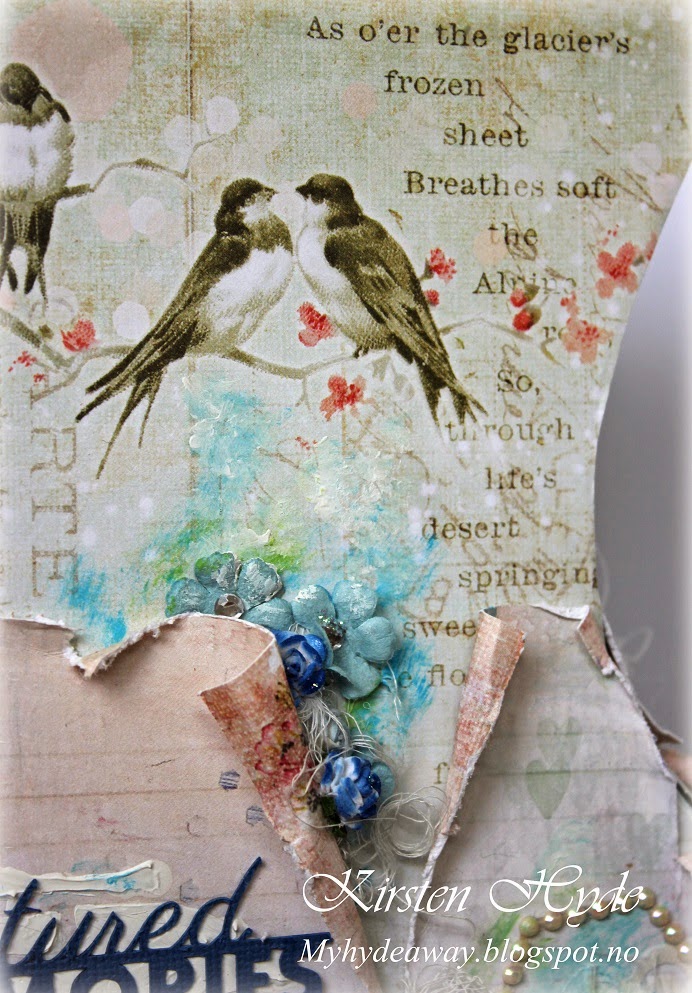 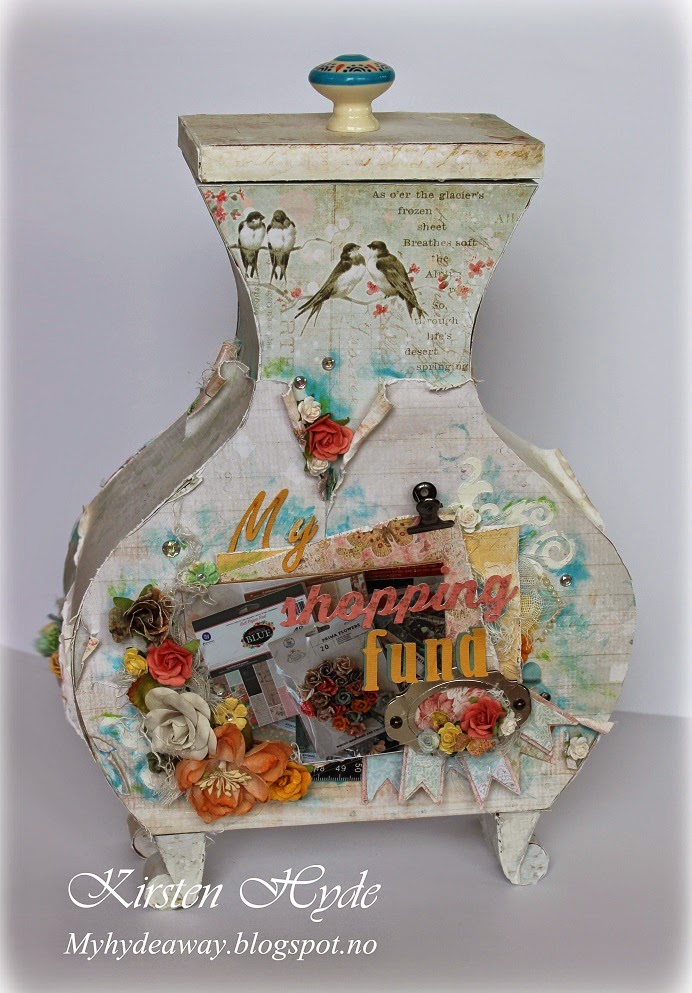 On the other side, I decided to decorate the vase as a box of savings (for craft shopping). 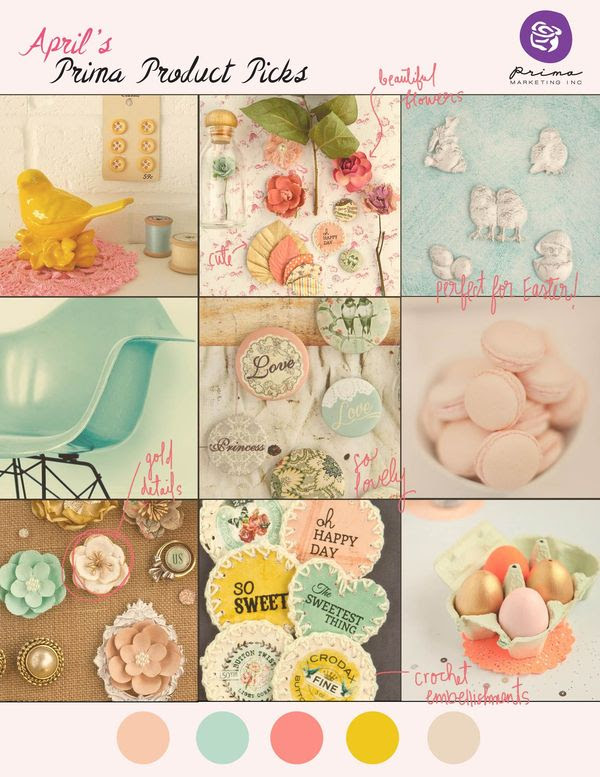 I also wanted to use this month's Prima Product Pick for this side. 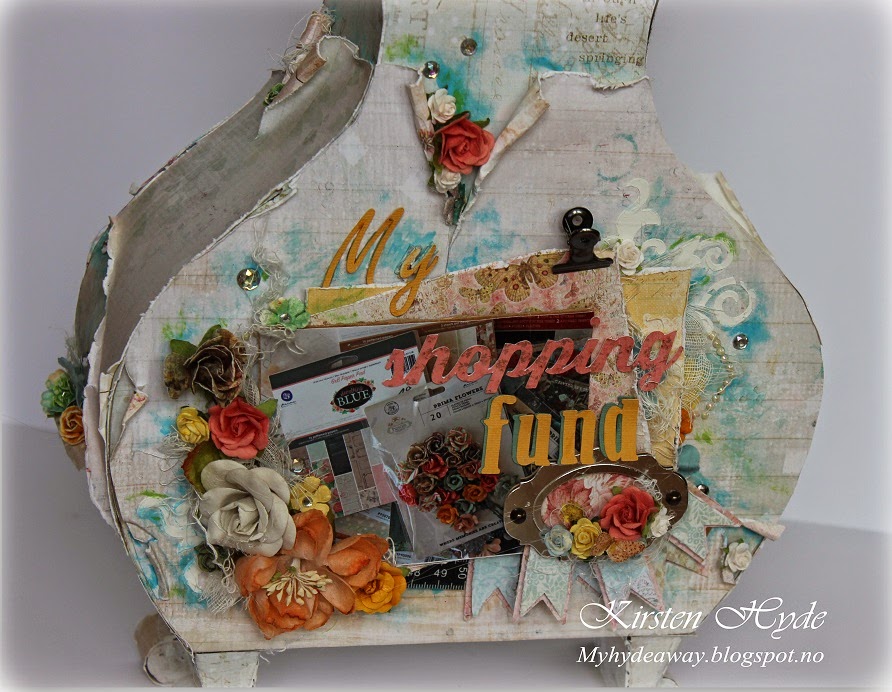 The photo is a of some of the new Prima goodies. I used a Swirl stencil, gesso and distress stain to create the background effects. 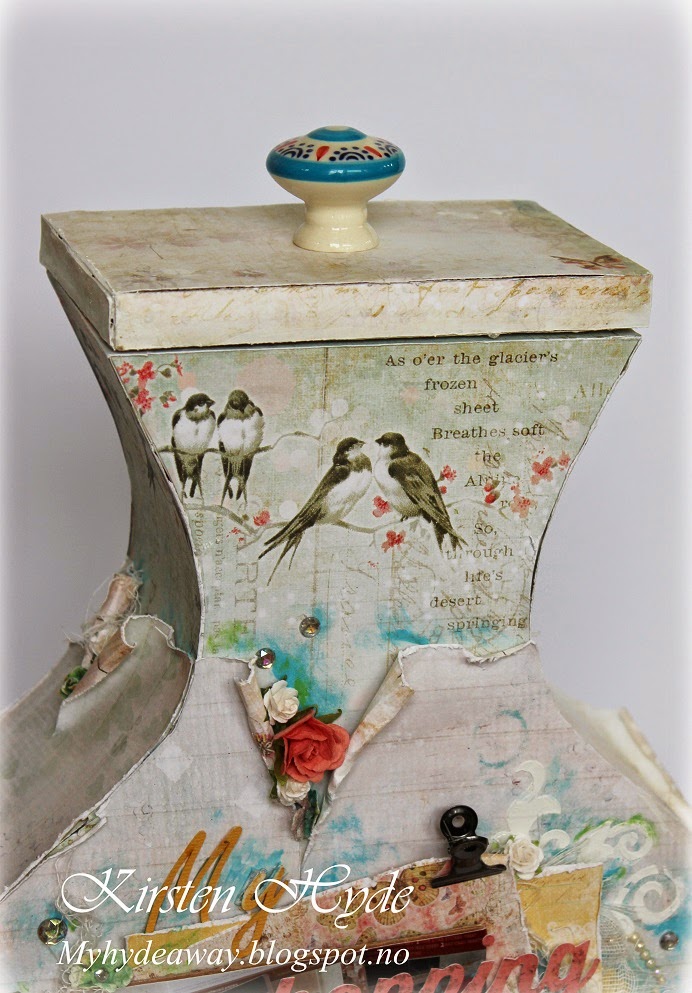 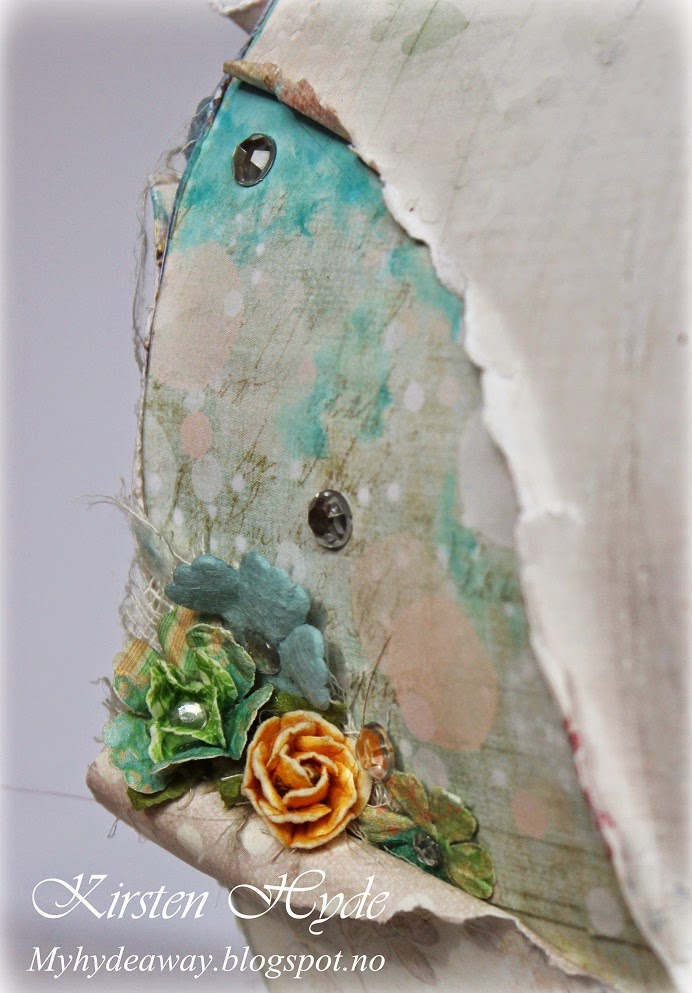 I have used bling and flowers, in between, the layers of paper. 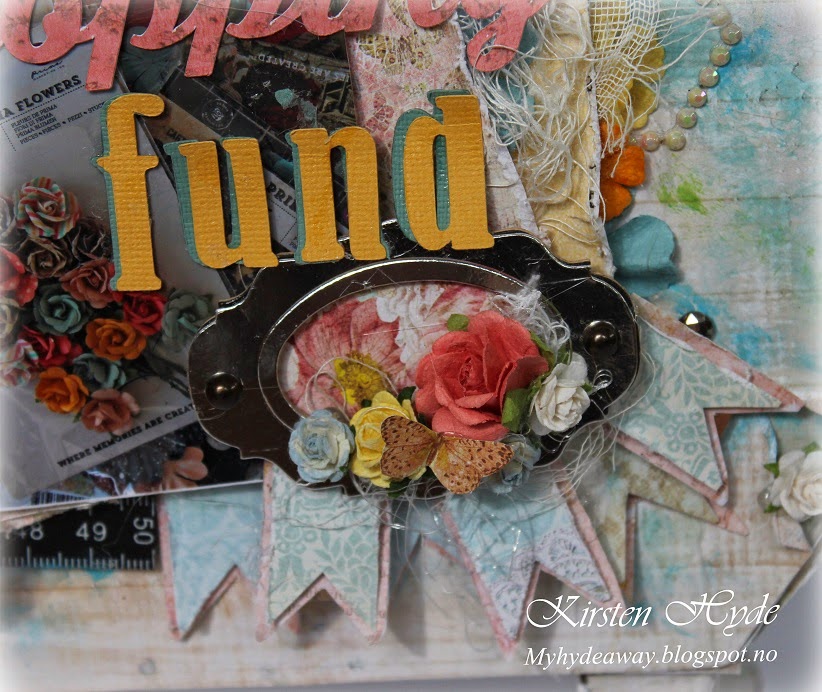 The frame is a diecut, made from a Tim Holtz dies in silver paper.

I am entering these challenges:
Lagt inn av My Hyde Away kl. 12:08