From the 22 to the 24th of Septmber, there was a large craft convention in Oslo. I was working on Hobbykunst's stand this weekend. Before the convention, I was asked to create a paper dress from an old styrophone dress form. I had already desided I wanted to create a dress with one of Prima's new collections. The problem, wanting new collections, is waiting for them to get to the shop. 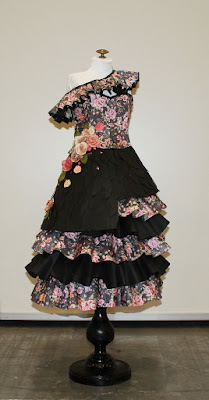 I decided I wanted to create the dress with Prima's St. Tropez collection. I thought the Sainte Maxime paper was super for a dress. 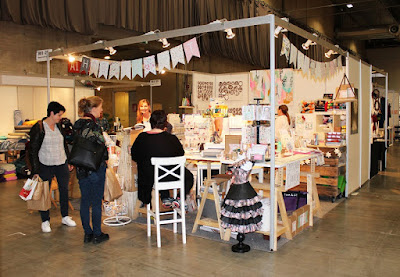 The stand at Design by me, with the paper dress at the front. 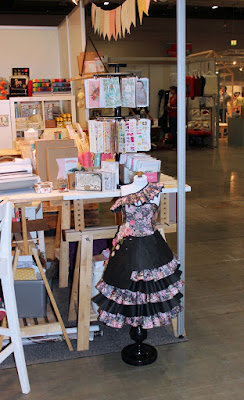 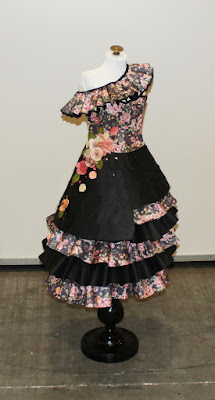 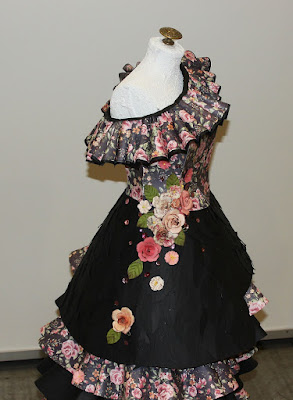 The flowers used are Prima flowers from the Love Clippings collection: All Of Me Loves All Of You and Forever & Always. 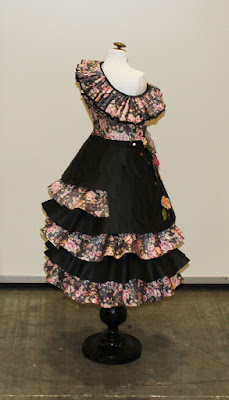 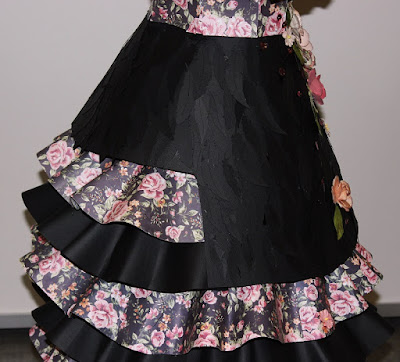 The top of the black skirt has lots and lots of feathers, created with Rayher's feather dies. 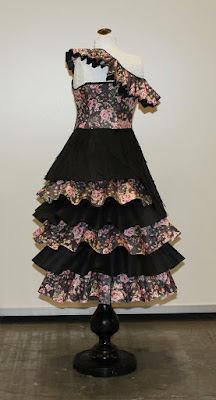 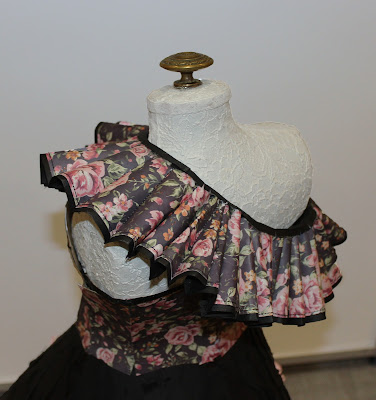 The top band on the dress has been created with paper triangles, sawn together. 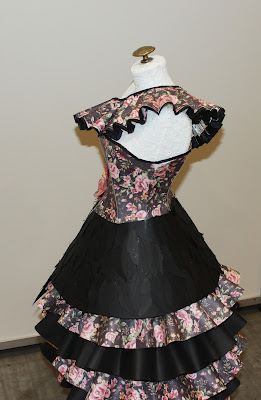 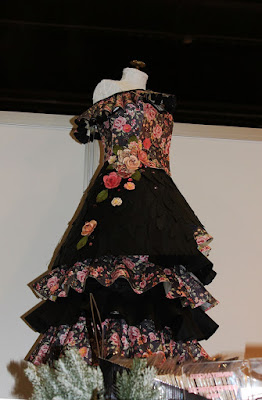 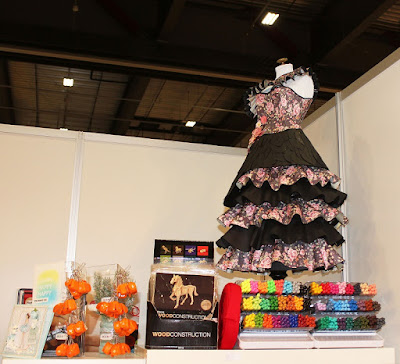