Pigs might fly - a mixed media project and a friendly challenge

"Pigs might fly" is a Bristish - American - Australian idome with the meaning "It is no chance of that happening". The Norwegian language is very much influenced by the English language, but this is one idome we don't use, and we don't have a good idome to replace it.

I had thought about doing an altered pig with wings ever since 2012, when Graphic 45 came out with "Olde Curiosity Shoppe Collection" with the flying pigs.  After the realese of this collection, I have seen several flying pigs online, so this must be something that has inspired a lot of artists like Miranda Edney and The gentleman crafter.

Some time ago, I found some small plastic pigs in a small shop in an amusement park, Tusenfryd. The shop was closed, but I managed to get them to open the shop, to get hold of some pigs.

This pig has also been blogged for Hobbykunst, where you can find a lot of the paints I have used for the pig. 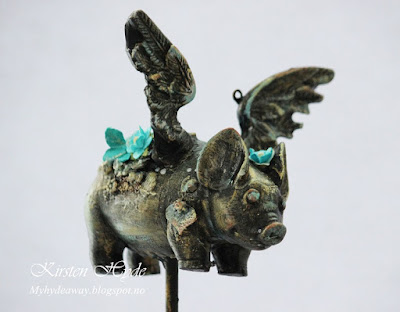 The pig was altered, and painted. This is how it ended up. 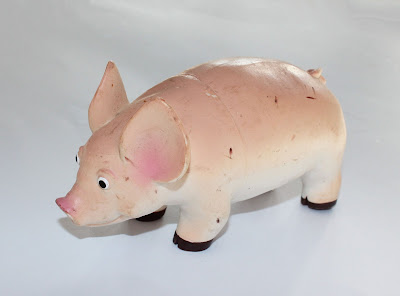 I started with a small plastic pig

and a set of wings from Prima - Relics & Artifacts - Rising Spirit II. The wings are quite different, so I started with using a knife and cutting of parts of the wing on the right side. The pig is plastic, so I created some holes in the back of the pig, so I could mount the wings. 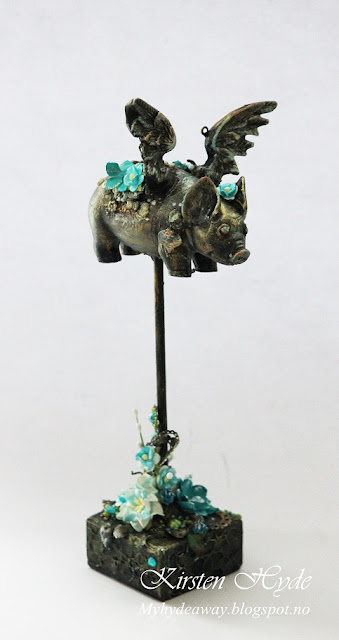 Then I added the base. The base is a block of wood. I added a wooden stick to the block and to the pig, by drilling a hole in the base and the pig, and gluing everything together. As a mixed media glue, I have used Liquitex super heavy matte acrylic gel medium. 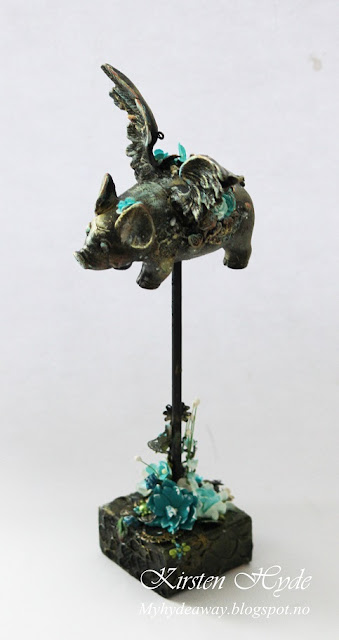 I glued metal to the pig, and painted it black. 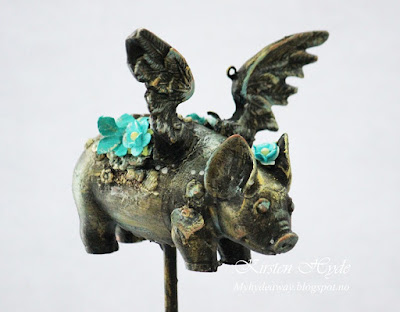 After this, I dry painted the pig with  different colours of Metamica paint from Stewart Gill. 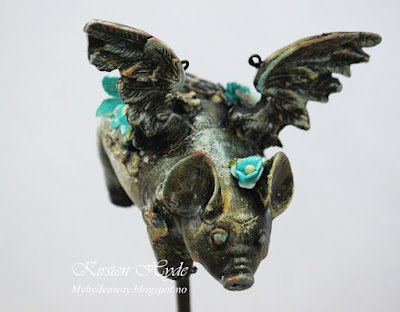 Flowers are from Wild Orchid craft and Prima. 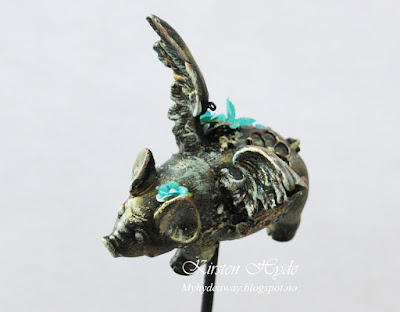 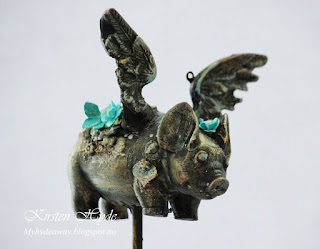 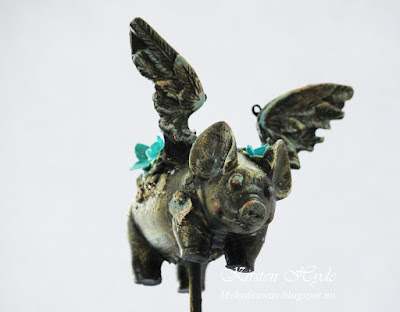 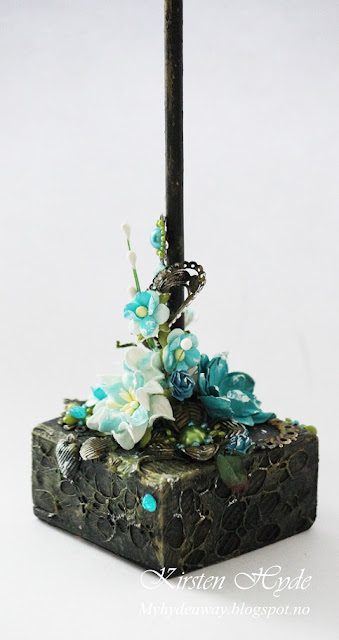 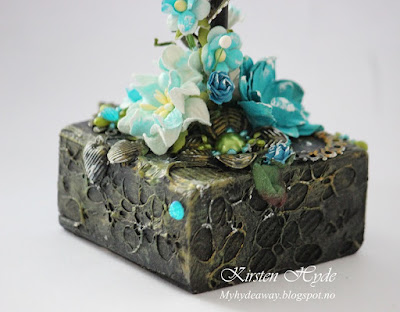 Friends solution to the "Pig Challenge"

I used one myself, and I have sent the others to some crafty friends, as a challenge (more of the links will be added as the pigs are published). 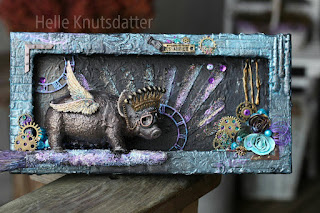 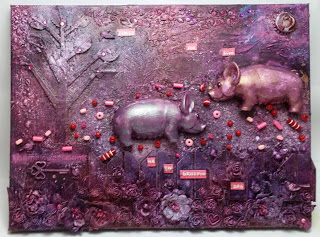