The 1870s paper dress with the cottage rose collection

This dress was created for CHA - spring 2016. I have shown a tutorial for the roses in Kaisercraft's blogpost this month. I have also added the rose tutorial further down in this blogpost. The dress is created over a dress form, with an underskirt and a crinoline over the underskirt. The ruffles are fixed to the crinoline. The dress also has a bustle, which was typical for dresses in the periode from the 1870s to the 1890s. 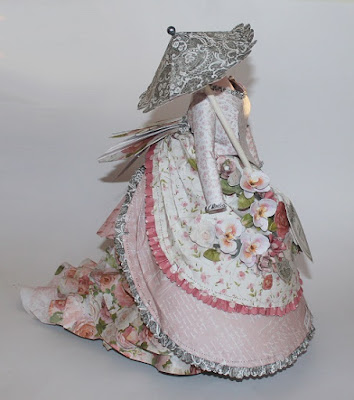 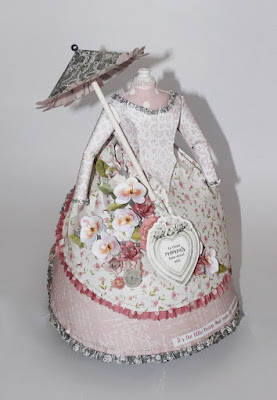 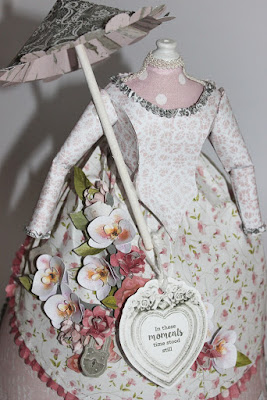 The ruffles and the bustle can be shown from the side and back of the dress. 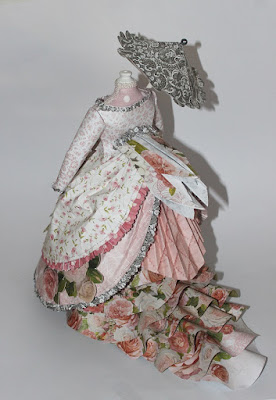 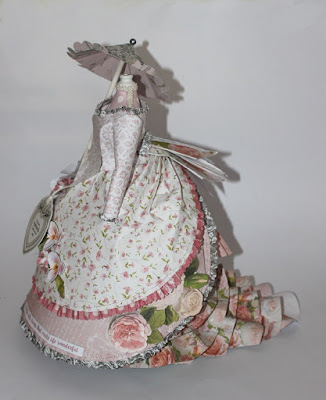 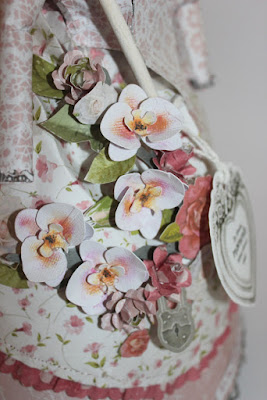 The orchids have been created from CD101 Coconut Weave cardstock. The petals have been cut and coloured with ink from Kaisercraft's inkpads. 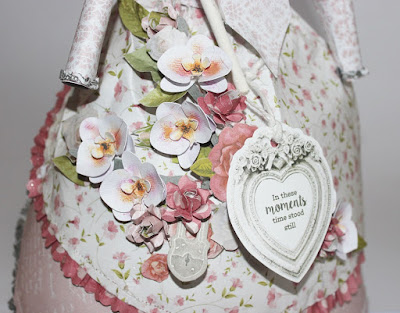 This dress has also traveled around the world. It was sent from Norway to Kaisercraft in Australia by post. Then, it was sent to California in the US to go to CHA. I picked the dress up from CHA, when it was over and brought it back with me to Norway in the hand luggage on the airplane.

The dress was shown at Kaisercraft's stand in Anaheim in California. I went to CHA this year, and was able to see the dress and bring it home with me. 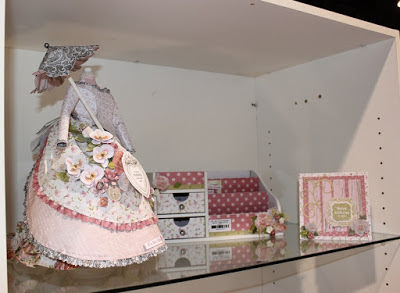 The dress was shown together with other OTP items with the Cottage Rose collection. 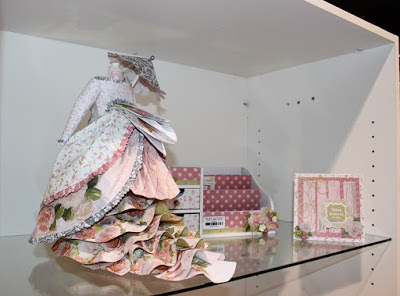 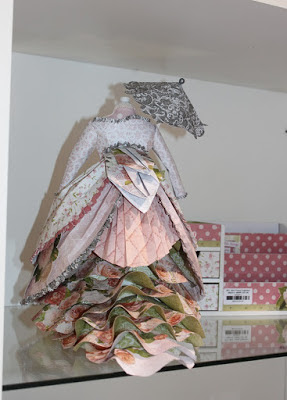