This minialbum has been created from scratch to show some of the papers. The album has five pages, but there are lots of flips and tags in the album. I have tried to use all the papers in the collection to show the papers. 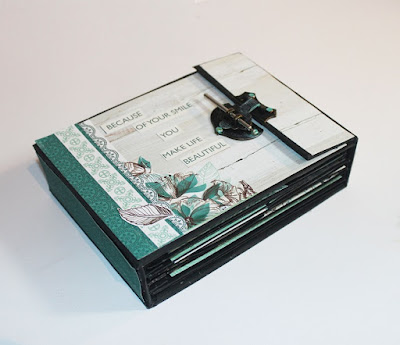 The album has been created from card board and CD603 Premium Black cardstock. 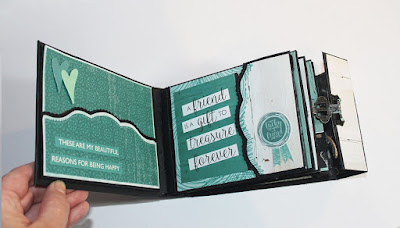 There are lots of flaps in the album, that open, and where there are hidden messages and tags. 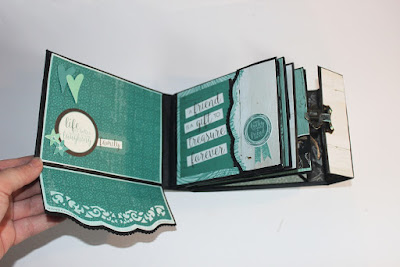 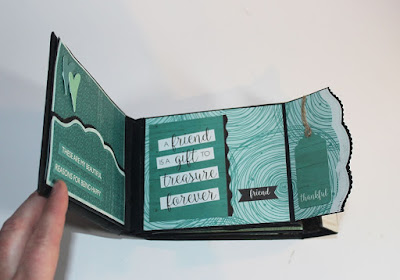 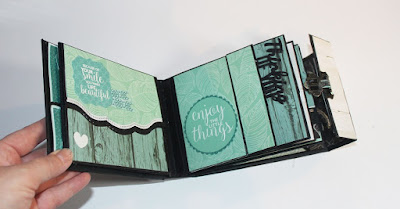 There is a pocket under the flap, hiding small cards with quotes from the collection. 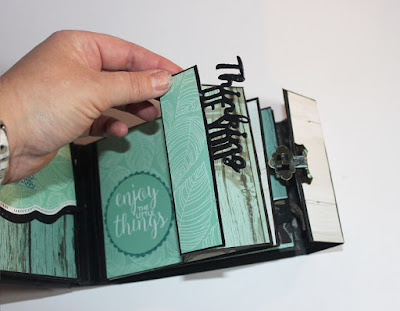 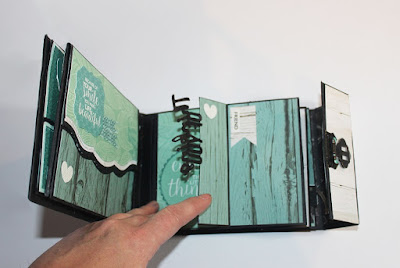 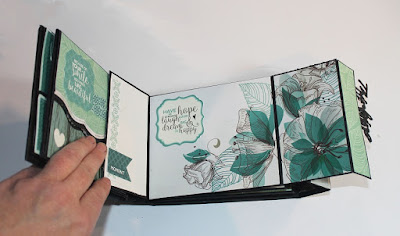 I have used quotes hidden inside different flaps throughout the album. 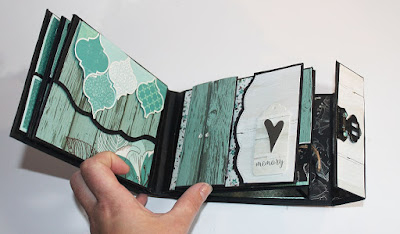 I really like the pattern on the waterfall (P2018) page. This pattern in the paper has been fussy cut to create decoration on the flip on the left page. 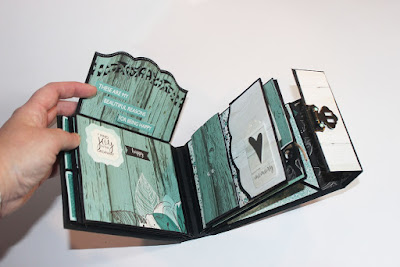 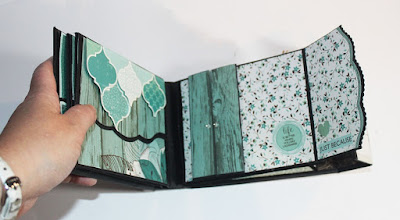 I have created a small door on the right page, that can be opened. 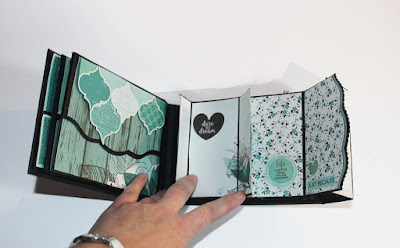 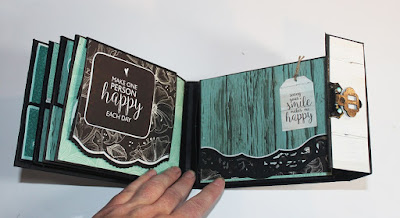 These pages also have flips. 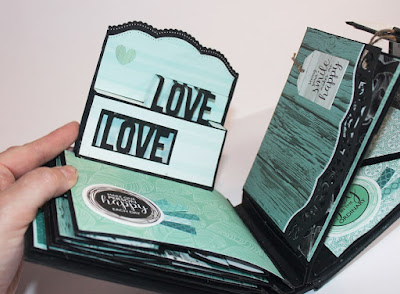 Behind this flip, I have played a bit with the decorative love pop up die (DD331). The die has been used in two different ways to create the pop up effect in the background. 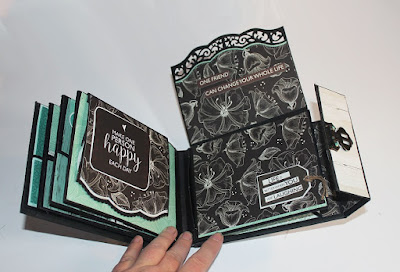 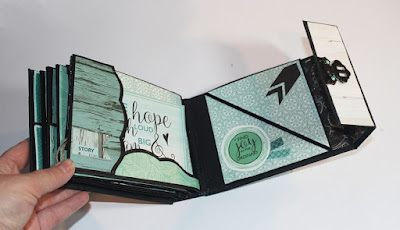 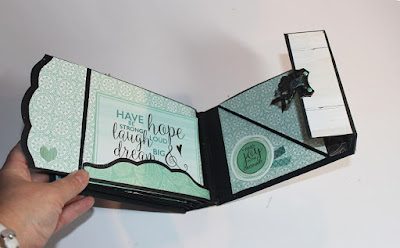 The last pages has a flip on the right, that holds a card with a quote. The cover page on the right can be opened sideways. 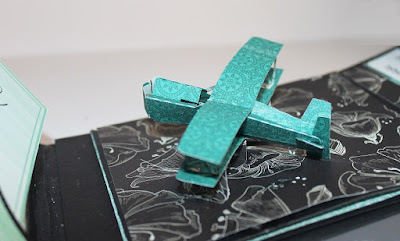 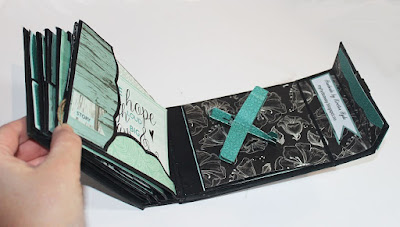 When you open the last flap, this reveals a miniature pop up plane.