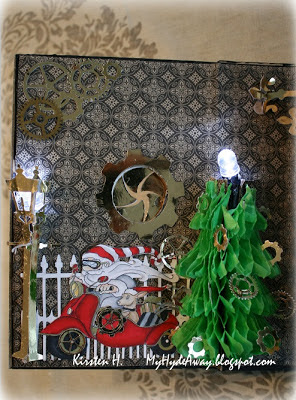 I entered a card competion at “Ski treffet” last weekend. The task was "Steampunk and Christmas".  I have never made any Steampunk before - had no metal gears to use - and did not really know where to start. I tried to find out what Steampunk really is - and found, that it`s a combination of Victorian vision of the future and science fiction. I thought the idea was just creasy - so I decided to just make the card/project completely crazy.

Without any gears - my search for gears started. Someone told me to go and find old watches - although new watches have few gears. 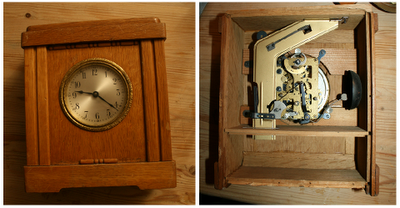 Then I found this "Pandoras box” of a clock at a second hand shop - and it made my day :)

After looking through a lot of steampunk pictures - I decided that - in almost all of them - the people in the digistamps or pictures had Steampunk goggles. Then I decided to make a set of goggles to put into the card - just like tea lights in a tea light card. 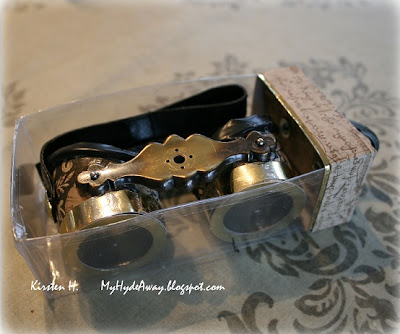 The nose bridge on the glasses, is a recycled part of a draw handle (the nob has been removed). The straps are med from fake leather - and a recycled watch strap buckle has been used to close it. 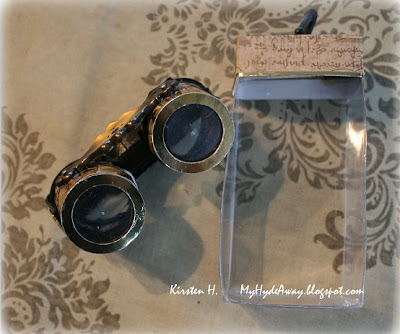 The glasses are actually made of small sea though acrylic makeup containers. I also made a small draw for them, to place inside the card.

OK - As if the goggles were not crazy enough - I decided to take it further. I wanted to place battery operated lights inside the card - with a switch that turns on the lights when you open the card! 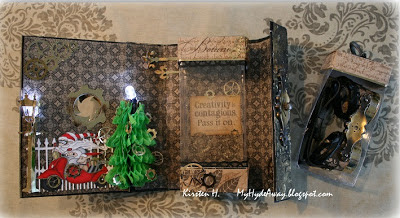 So this is the inside of the card - with the lights, and the glasses. 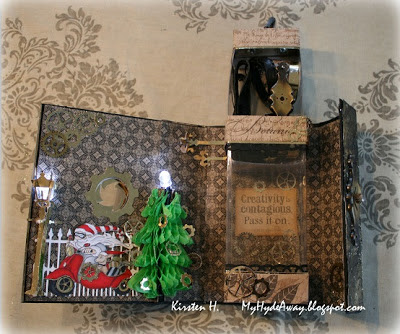 The draw can be placed inside the box in the card. The motive is from Dulemba, coloured with promarkers 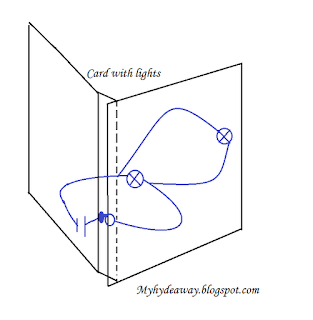 Wiring diagram for the lights 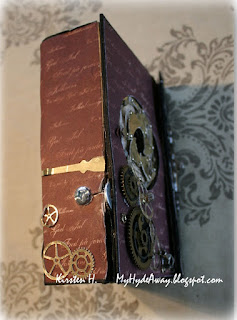 The switch itself, is a screw on the side of the card and a metal ring slotted inside the edge of the front of the card. The metal meets when the card is opened, which turns the switch on. 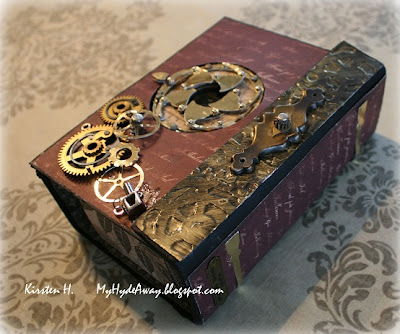 The front of the card.  A mixture of old clock parts, pars from a sewing machine and gears, cut with the silhouette. 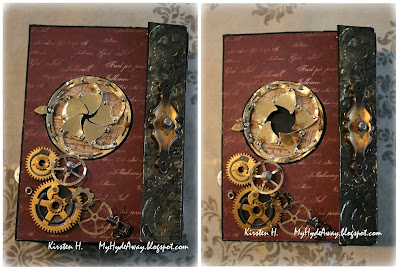 The front of the card also has a working iris made ut of paper! I had a good look an the net for templates, however, the templates I found - were a bit wrong - so I redid it to make it work.

This is my own template. The inspiration is from pictures of several metal Steampunk mechanical irises. You are free to use my templates, and publish your own craft. However, it would be nice if you link back to me. Please do not sell or publish my templates, as they are or edited! My templates are copyrighted by law. 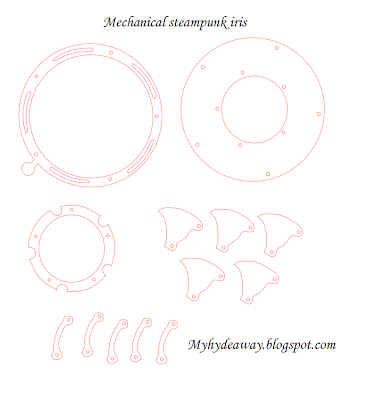 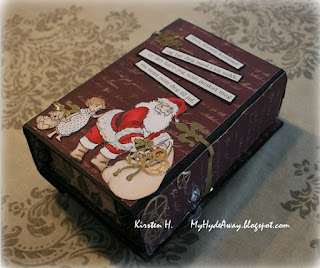 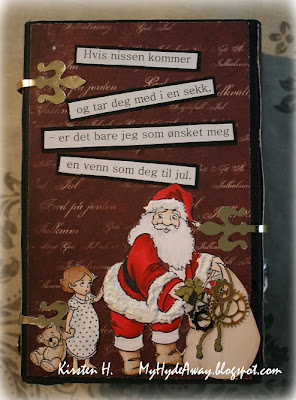 The motive is from Dulemba, coloured with promarkers


I am entering these challenges: