Some good news and an altered book

I have just got accepted into the Design Team at Hobbykunst.

I have had a few Guest Design challenges from them, so I am thrilled to be part of their main design team.

My first task was to make an old book stand out of a frame, and decorating it with flowers. The original idea is from Janine Koczwara. So this is how I  solved the task :) 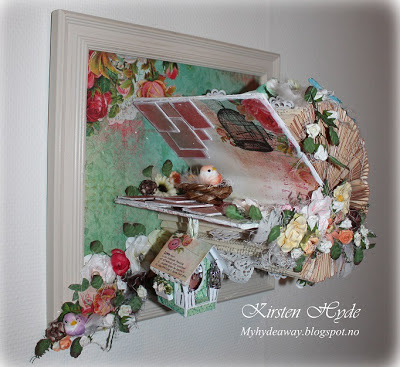 The frame is a wooden frame from Prima. The first task was to get the book to stand out from the frame. I have swapped the cardboard backing in the frame, for veneers wood. The book has been attached to the wood with screws and wall brackets. The wall brackets has been covered with the paper to hide them. The background paper is from Kaisercraft - Mystical Secret Admirer. The book cover is covered with paper from Kaisercraft - Humble - Secret Admirer . 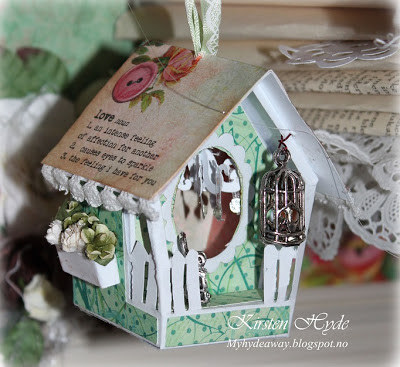 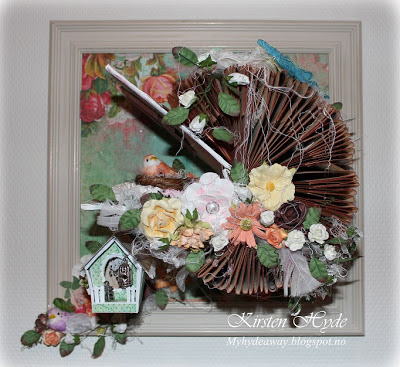 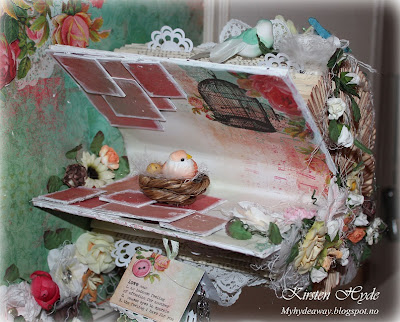 I have used several small birds form Hobbykunst on this project. The tiles are made from cardboard covered with paper from Kaisercraft - Sweet Love Die-Cut Paper - Secret Admirer. I have used large doilies and smaller doilies. The smaller doilies are made with a Martha Stewart - Embroidery Large Double Punch 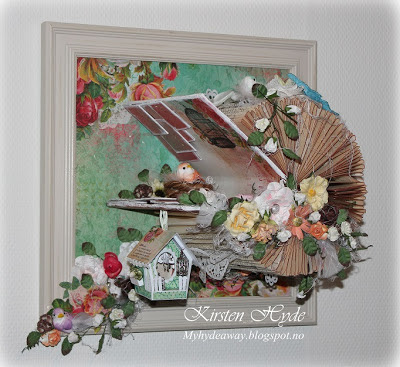 This project is going to be on the wall in Hobbykunst in Vestby :) 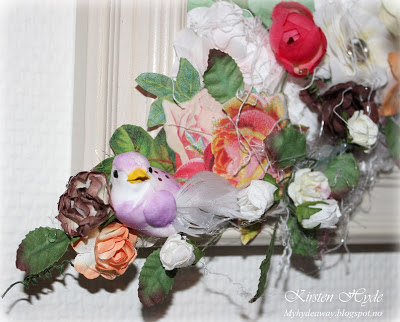