Some time ago, I found images from Nicecrane designs - and I thought these were gorgeous. I was thrilled when I was asked to be on the design team, as a guest designer. This is my first guest design contribution.

Some time ago, I looked into making a 3D plane from paper. I found that this had been done a few times before - so I left it for some time. In my search for ideas, I found several simple toilet role planes.  I was was also inspired by the colours and the simplicity of the Gentleman crafter's Christmas plane, made out of two boxes. 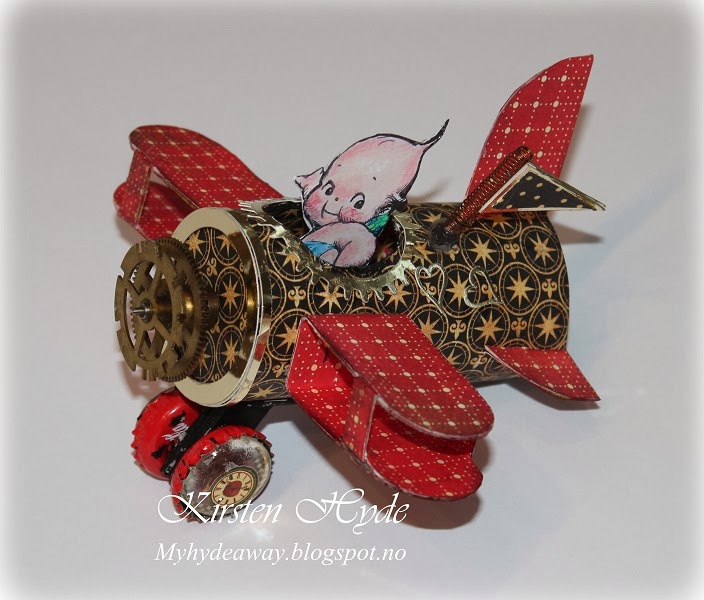 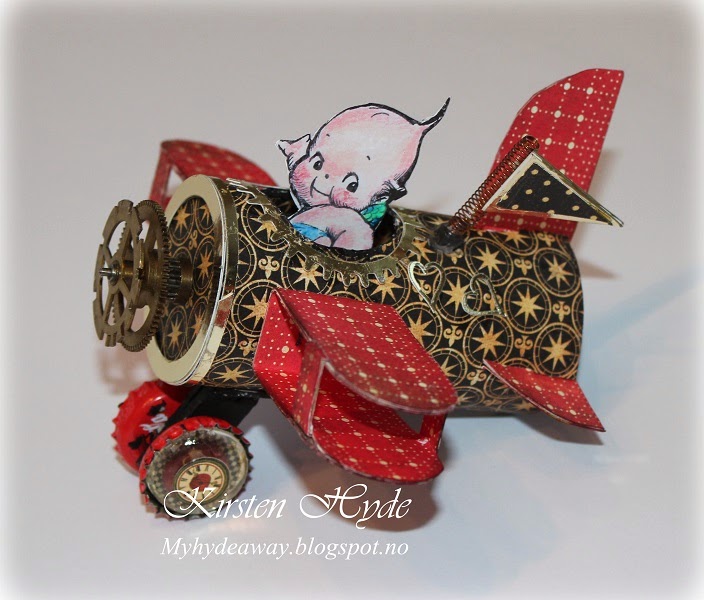 Inside the plane, I have put one of the Valentine Kewpies a digital stamp/ image from Nicecrane designs. This Kewpie has been printed out twice - and one of the images has been mirrored. I coloured the Kewpie with Prismacolors, cut out the images and glued them back to back. 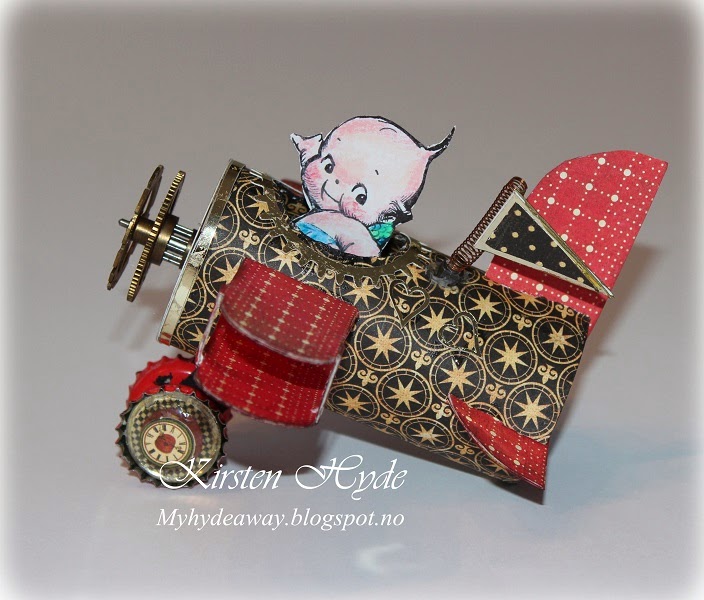 I used an old gear from a clock as the propeller. The wheels are two old soda corks with a round plastic resin inside. As the base of the pennant, I used an old spring from an old clock. 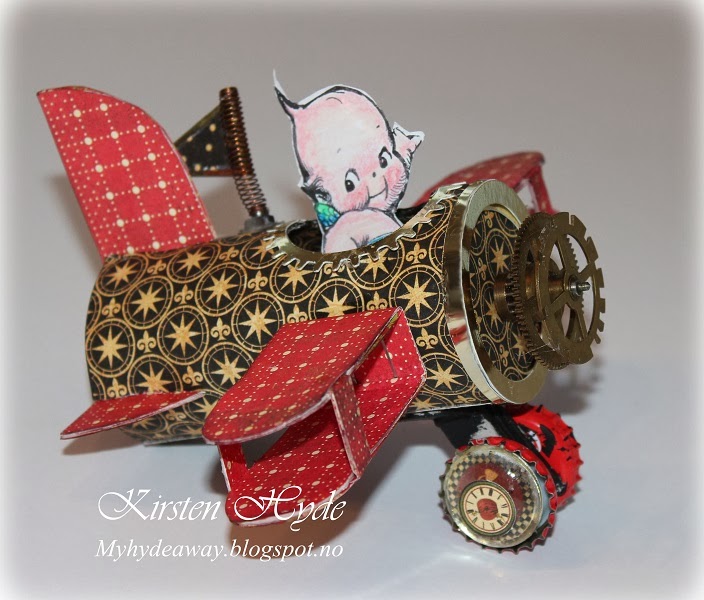 The paper on the body of the plane is from G45 - Transatlantic collection. The paper on the wings and tale is from Basic, Grey: Hello Luscious - Zesty. The gold paper is from Søstrene Grene. 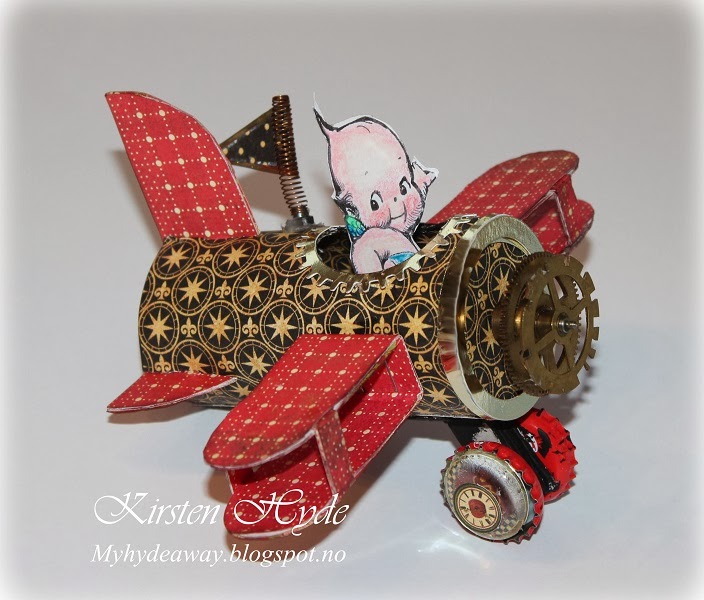 The Kewpies were first printed over 100 years ago, in 1909, and was popular as characters in different magazines, as paper dolls and as dolls. For a period now, vintage images and figures has been popular again.  Nicecrane designs has several set of Kewpies images, but these are the newest ones. 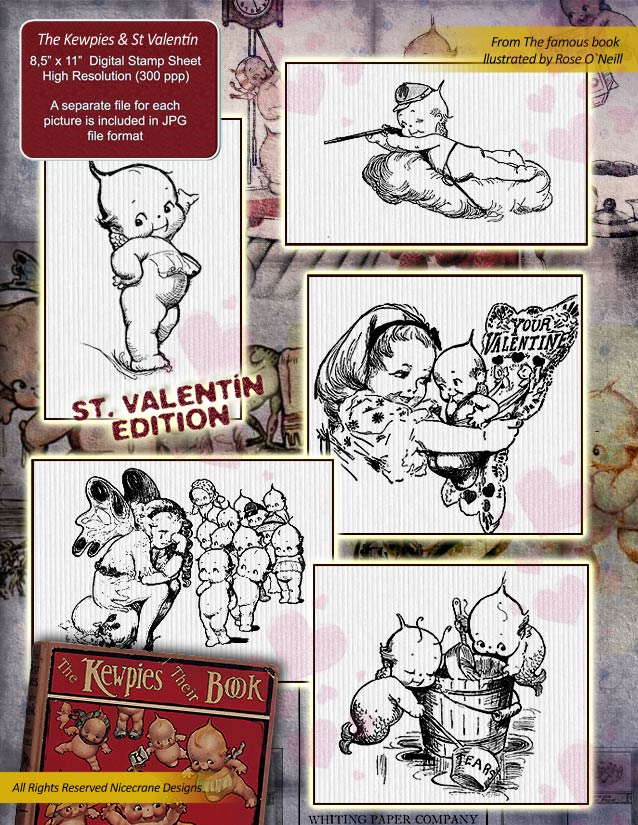 I am also entering these challenges: