I was Guest Designer for the Norwegian magazine "Ett trykk" in October, and I still have a few items left to publish in my blog.

This was a birthday crown made for a friend, instead of a card. This friend is also a scrapper and has often taken the initiative to make crowns for others for fun for their birthdays - so I decided that she needed a crown for herself. She is very found of G45 - so this brand of papers had to be included in this project. 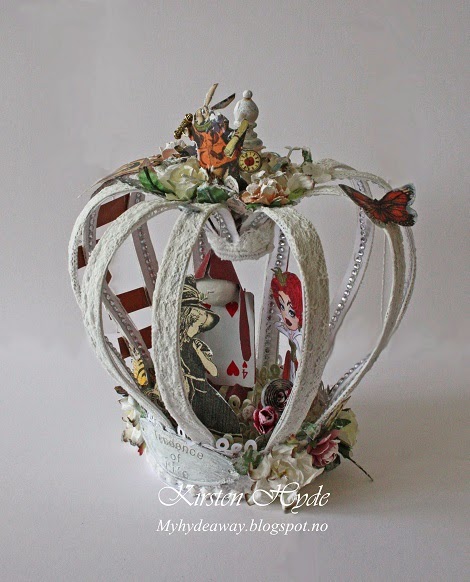 The inspiration for the shape of the crown came from a metal crown. The crown has been made from card stock and decorated with cut outs from Halloween in Wonderland from G45. The Queen of Hearts is a digital stamp from Sassy studio designs. The "card man" is made from a small playing card, with a polystyrene ball as a head. The hat and feet/stand is made out of paper. 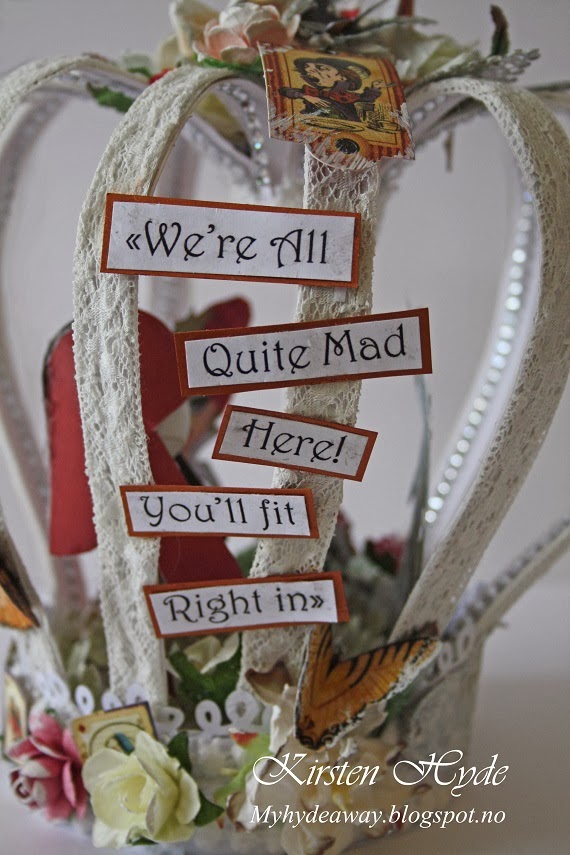 The text "We're all quite mad here! You'll fit right in" is a well known quote from the Alice in Wonderland story. 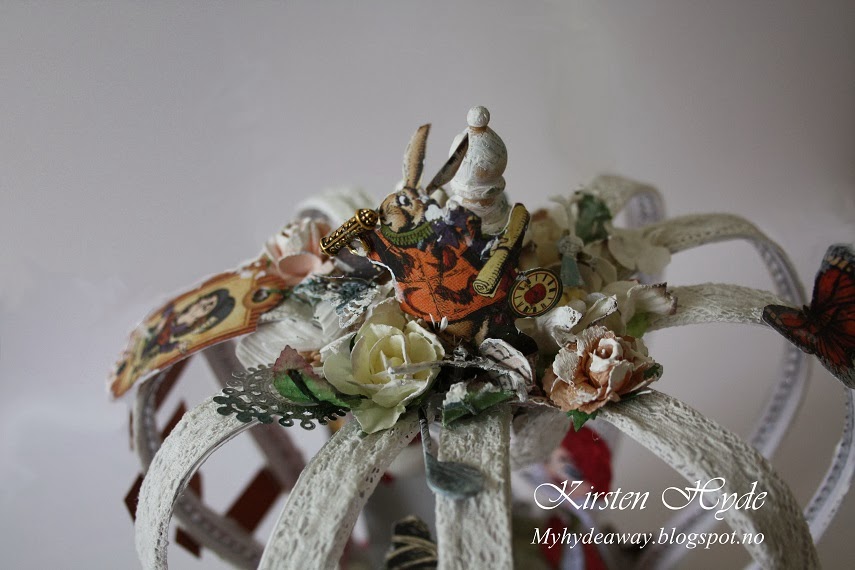 On the top of the crown, I have used an old chess piece. I have coverd the top with flowers and diecuts. 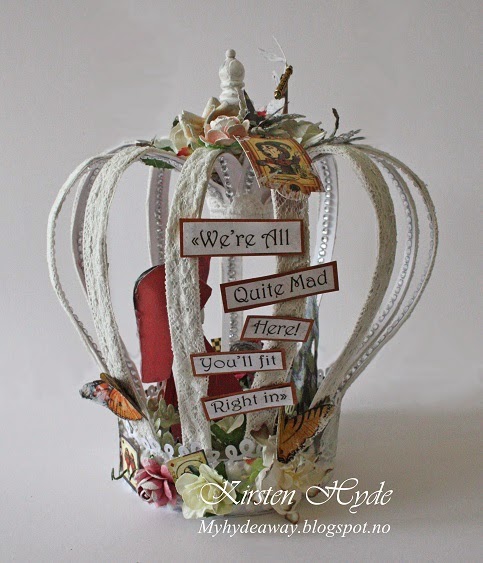 The crown from the back.