A Prima lighthouse miniature in a Bell Jar

A few weeks ago, friend Gunn-Eirill, challenged me to make her lighthouse. If is not often I make something from a template, a cutting file or after instructions, so this was a challenge.

I decided to make the lighthouse as it was, but make it as a miniature under a glass bell, that I got from a jumble sale. I also wanted to add a few things to it - to make my own version. 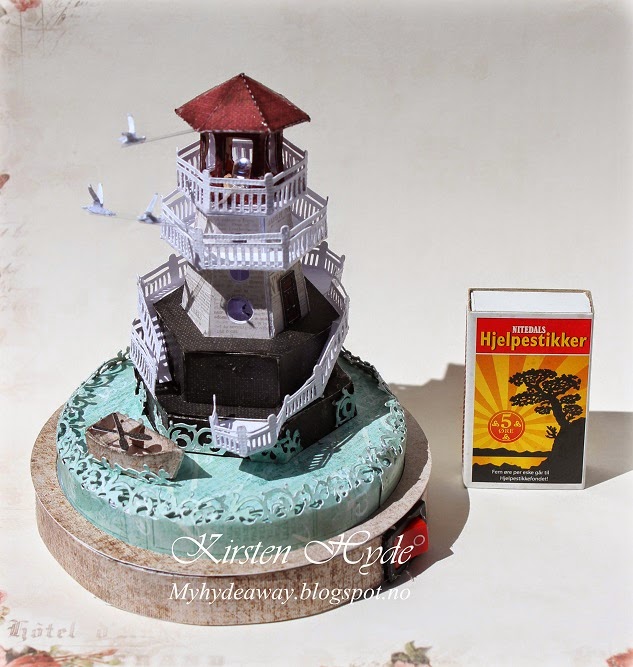 I made the lighthouse 7cm tall (without the base, and the black cliff). 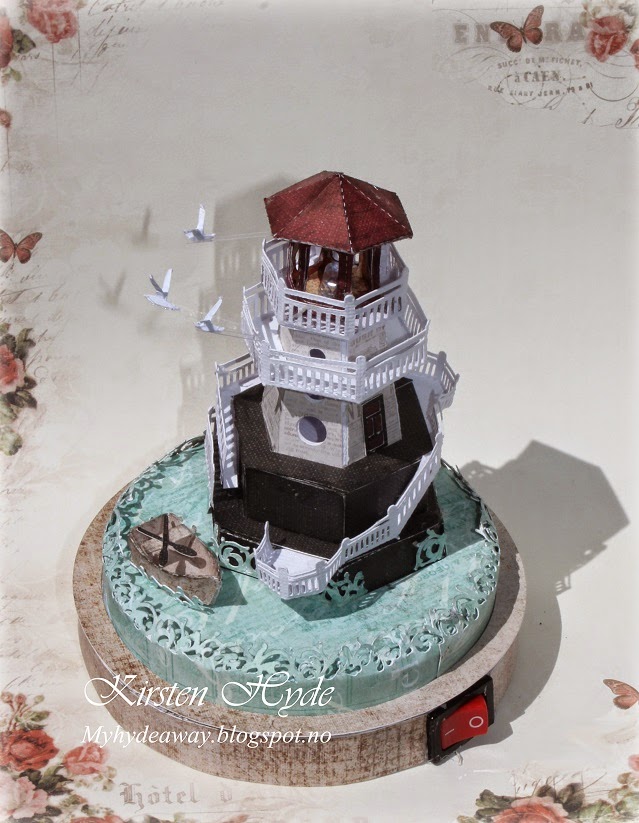 I also wanted to only use Prima papers for the lighthouse and the base. The papers are from different collections from this and last year. (Seashore collection, Cartographer selection, Stationer's Desk Collection and Something Blue Collection). I only wanted to use paper for the creation - and everything handmade. 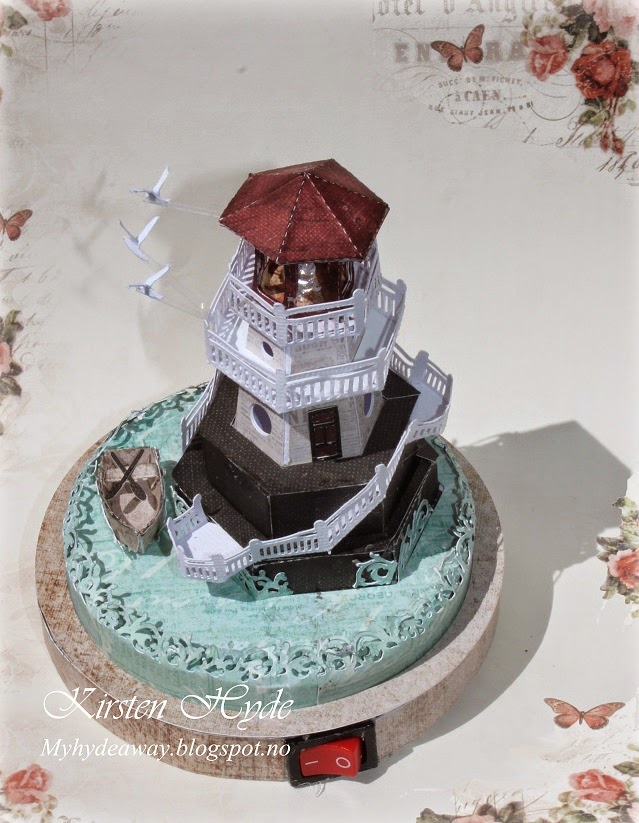 I also created fences and terraces to go around the lighthouse and the cliff. The waves is my own cutting file - and I have scaled it down as much as possible with the silhouette. 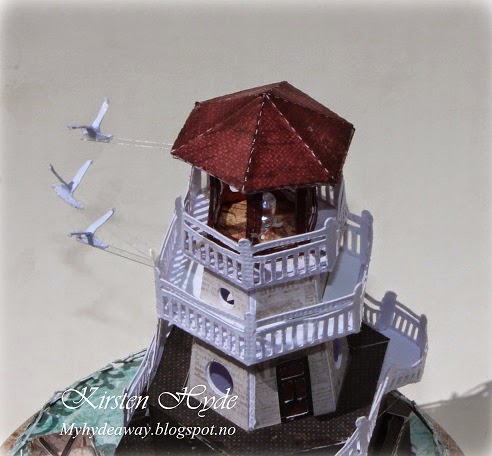 To create the Seagulls, I traces a photo of a seagull - edited the wings, and made them 3D. They have been glued to a pice of thin clear strip of acetate to give the impression of flying. 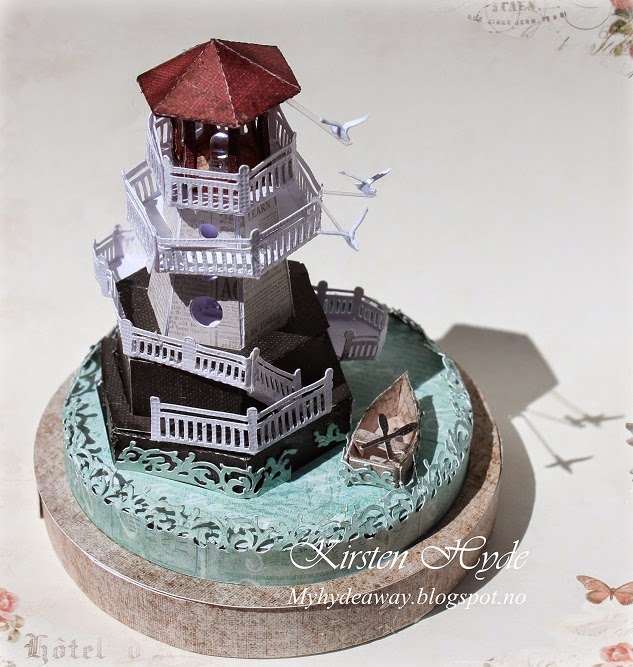 The boat is my own template - and you can find it here. 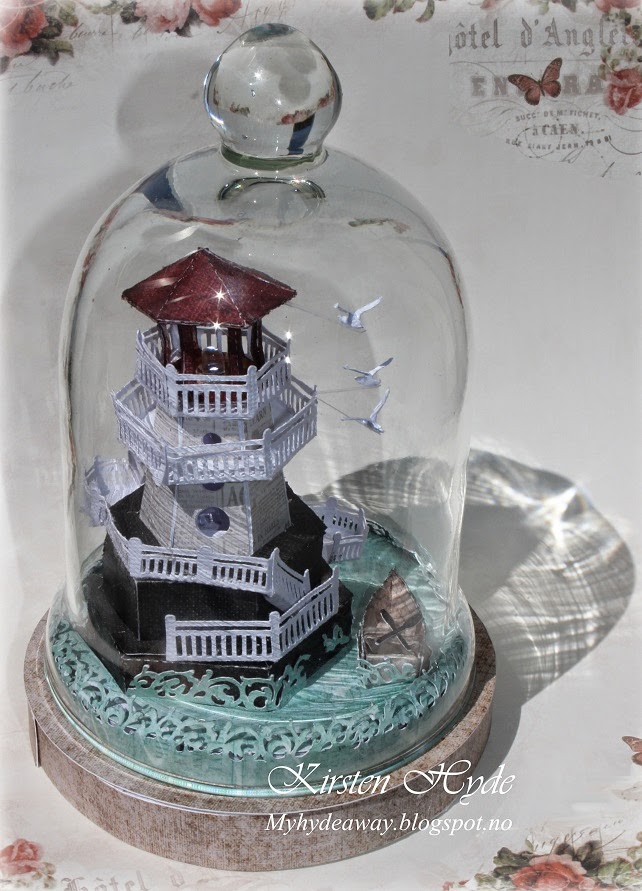 The lighthouse is made to fit inside a bell jar. 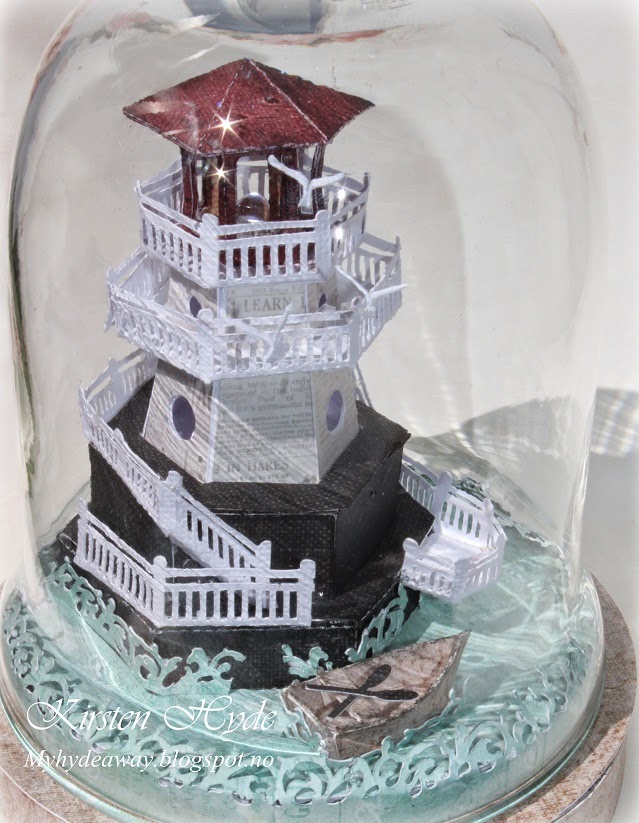 The bell jar was originally bought at a Jumble sale - and was bought to create something out of. 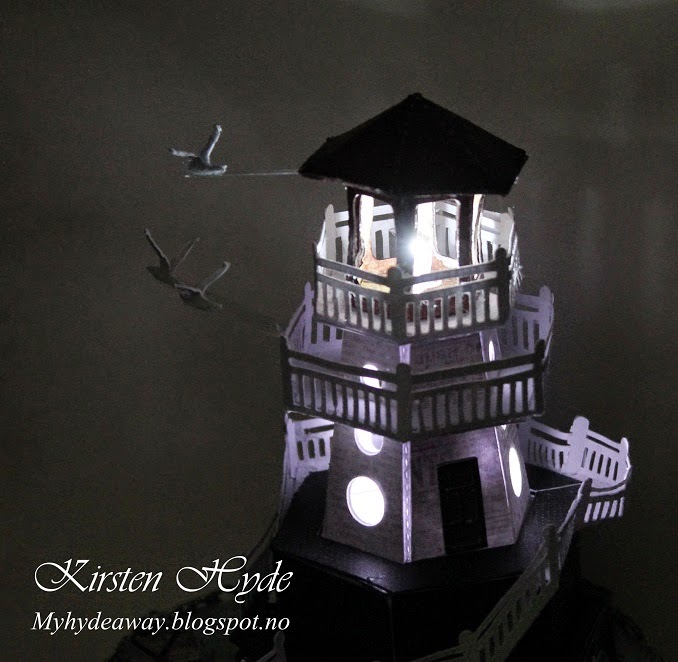 Any lighthouse should have working lights in them. This house is so small, that the only possibility for working lights, was to mount led lights in it. I mounted a switch on the side of the base, to turn the lights on and of. 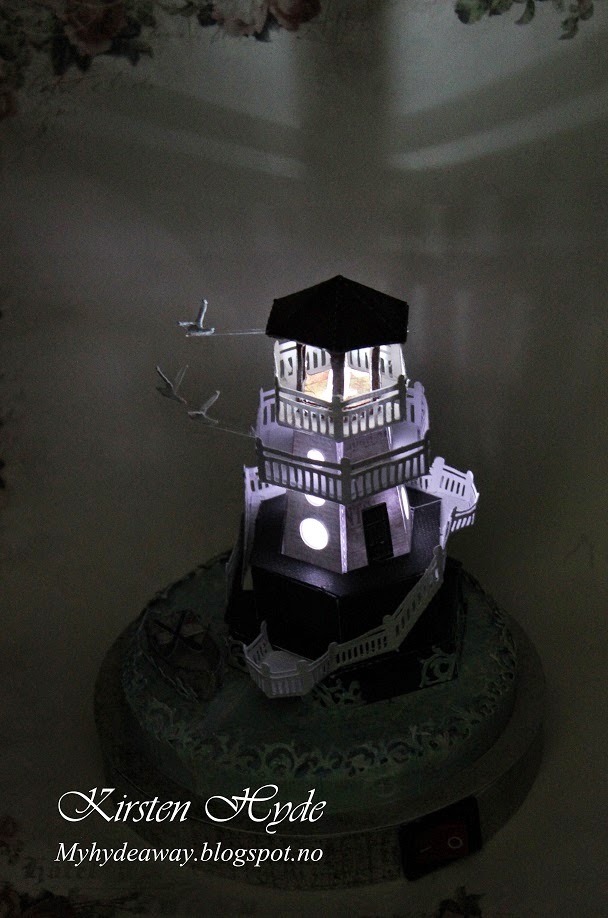 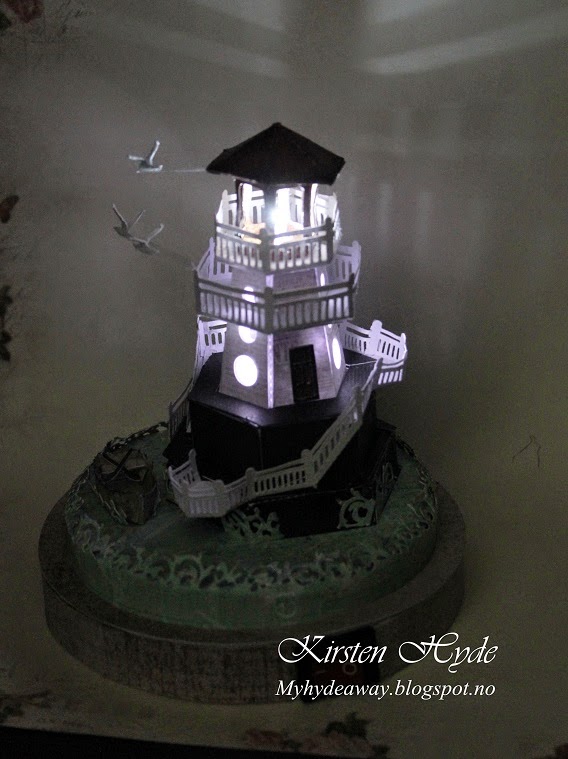 I hope you enjoyed this.