Once, i read the words: “ You can never cross the ocean unless you have the courage to lose sight of the shore”.  I think this is quite describing, because to get further - one has to challenge oneself and try new things. Sometimes I have to challenge myself too, and try things I haven't done before. It's about a year since I started with Mixed Media, sprays and paint. I started with a class with Sherry Mendoza and Gry Anita Smith Murud. They both gave me lots of inspiration. 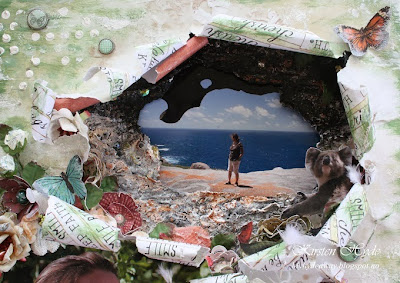 Last summer, I was given a task from Hobbykunst, to make a layout about myself, as a part of the Design Team. This was also published in the magazine - Ett trykk in October, and therefore could not be published online before. 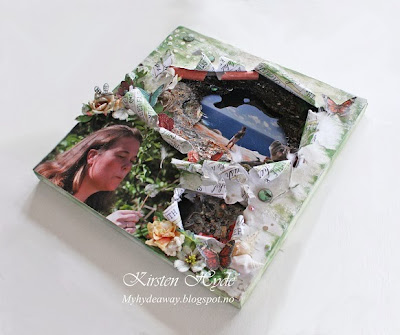 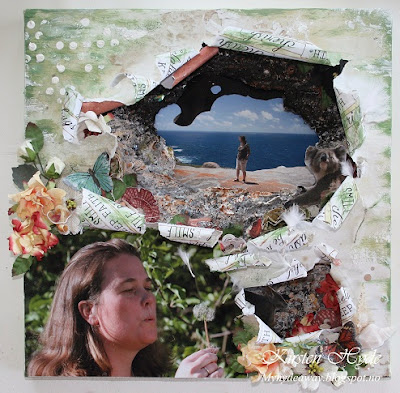 Australia is a country very close to my heart. The background photo is taken from inside a cave from The Rocks at Kangaroo Island, outside Adelaide in Australia. The sea meets the ice on the South Pole on the other side. To create the cave effect in the canvas, I used yes paste.  The photo of the Wallaby and the Koala is also taken on Kangaroo Island.