Just before the summer, I got a Challenge from Connie at Hobbykunst. She gave me a MDF vase to alter, and to show in the shop. She told me, that I could make whatever I wanted to. I turned the vase, and first thought it was a strange thing to get something funny out of. I then thought, I could alter it into a clock.I know that Connie is a fan of Allice in Wonderland, so I made an Alice in wonderland clock. 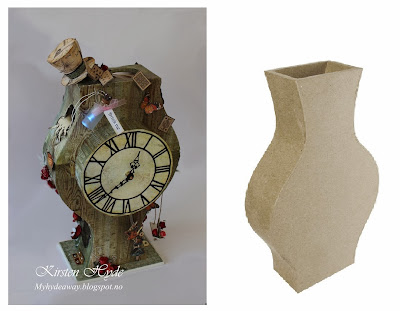 The MDF vase is turned upside down, and altered. The vase is 47cm tall and is the vase Arizona fra Rayher Hobby Art. 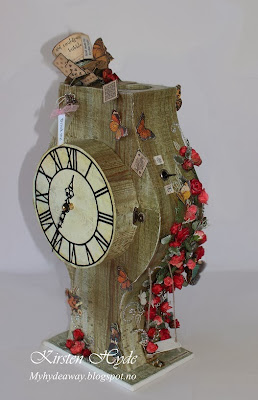 The clock is made as an illusion of a tree, with the parts of the story from Alice in Wonderland inside. 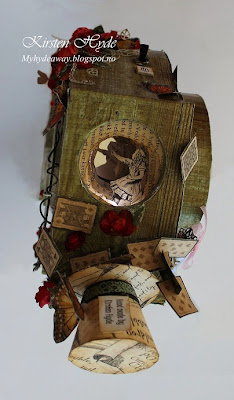 The hole Alice is falling through is made from circles made from an old Alice in Wonderland book. I mounted a mirror under the circles, to create an illusion of a long hole. 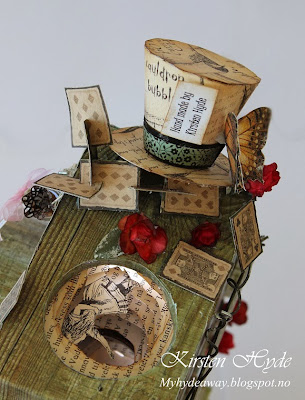 The hat is hand made. I have also added lots of small playing card under the hat, as this was a part of the story. 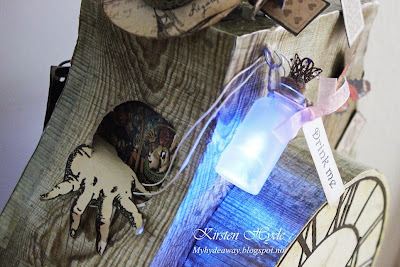 Alice fell down the hole, and was too large to get out of the door. She had to drink a potion from a bottle to get smaller. I tried to catch this part of the story. There is a blue led light inside the bottle. 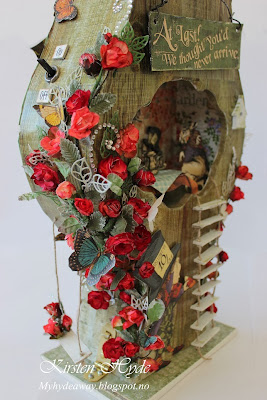 The roses are white Mathia roses from Hobbykunst,  spray painted (Alice in Wonderland style) with dylusions Spray - postbox red, squeezed orange and cherry pie. Some of the leaves are made with a dies from Marianne design, creatables Stencil – Flower and Leaves. 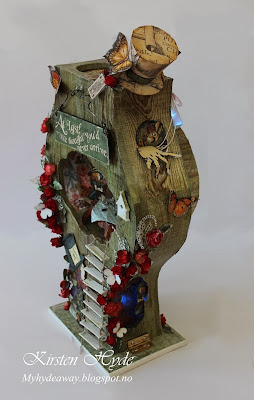 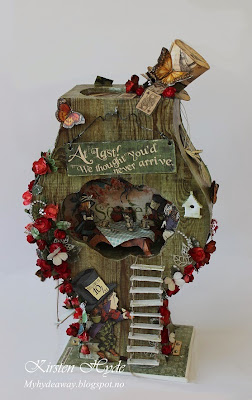 Inside the back of the clock, I have made a hole in the clock tree for the Mad Hatters Tea party. 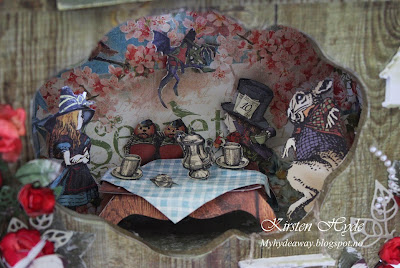 The Mad hatter tea party. There is a small led light above the table, lighting up the tea party 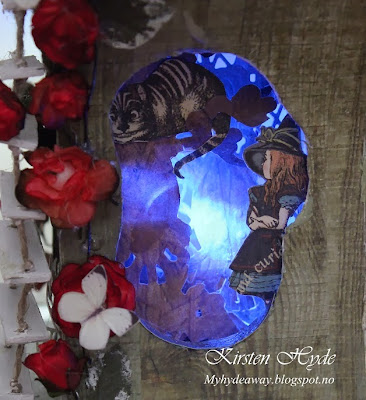 The trees in the small forest is made with a dies from  Marianne dies - Anja's Vintage Decoration. I added blue LED lights behind the trees to make an illusion of a scary forest.

This altered clock was in print on October in the magazine, Ett trykk.