I wanted to make a layout with Prima's Build a Page sketch, for October. I found a really silly photo/ selfie of me and my best friend. The photo is from one of our shopping trips in a craft shop. So, since the photo isn't one of the best photos, but really funny, I thought I might as well do a crazy layout. 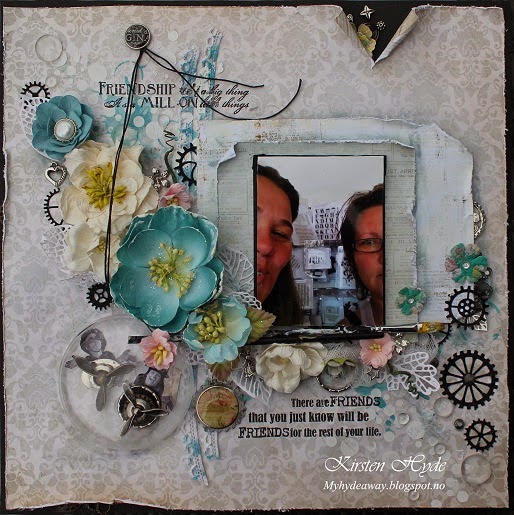 I have used some old Prima papers and a lot of different Prima flowers and embellishments. I have used gesso and distress ink and paint together with my own stencils, to create the background effects. 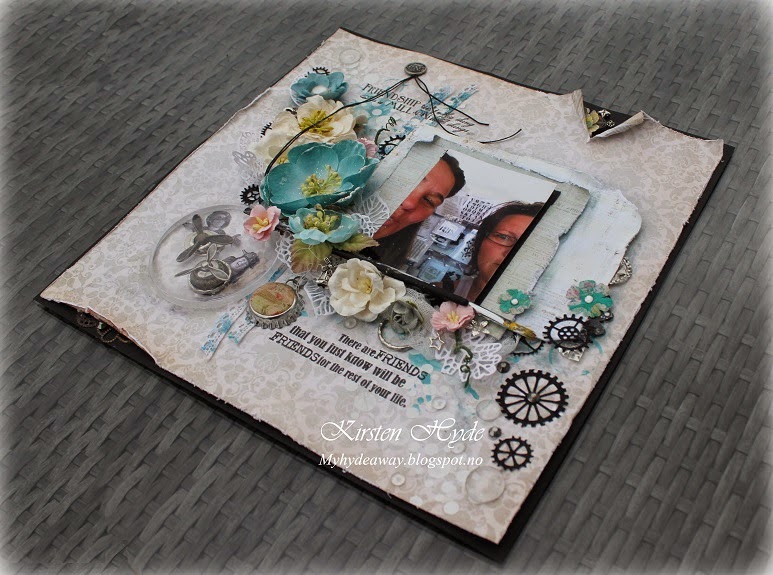 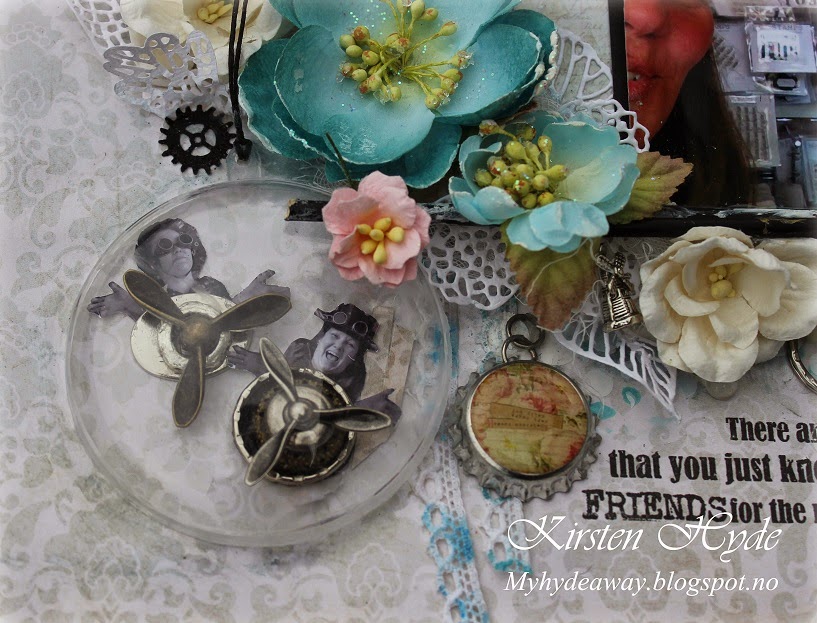 I wanted to do something different with the circle in the sketch given from Prima. I used half of an acrylic Christmas ball and created a scene inside. I have used Prima's Junkyard Findings - Steampunk air- rotor blades together with some old metal, to create the miniature airships. The two photos are some steampunk photos taken a while ago. 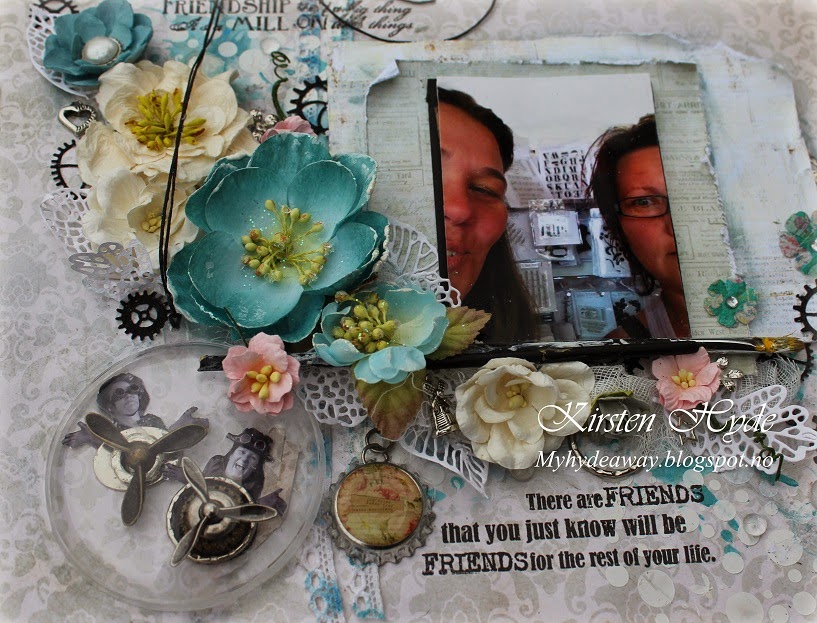 The stamps are from Indigo Blu, and the set is called B.F.F. I have used an old unused bandage as cheese cloth. The diecuts are made with dies from Prima; Purple Metal Die - Leaves and and Lacy Flowers.  I have also added some metal embellishments in between the flowers.