Bliss a FabScraps minialbum with tutorial

Hobbykunst has just got the new collection Vintage Elegance from FabScraps. Today, I am showing a small minialbum with tutorial. 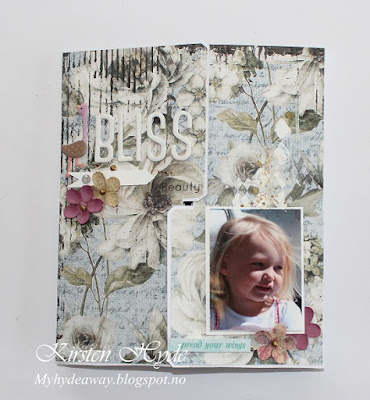 I have used Thickers on the front. These thickers has been painted whitewith gesso, to go with the papers. The flowers are from Prima - Tales of you and me. 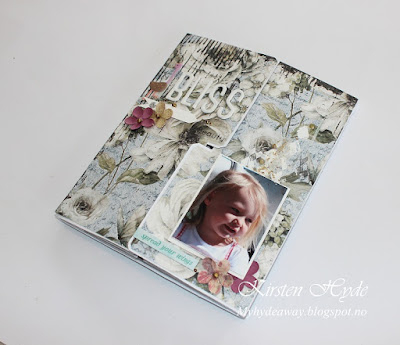 Itis also created pattern and texture on the paper, on the cover. This is done with a stencil and gesso, glittertape from Rayher and foil. The foil makes a golden effect on the background. 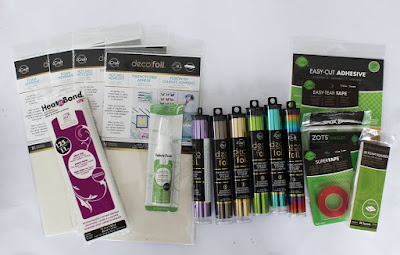 The golden effect with the foil, was my first attempt with foil ever. This was made with a sample I got after Favecrafts blogger event at CHA. 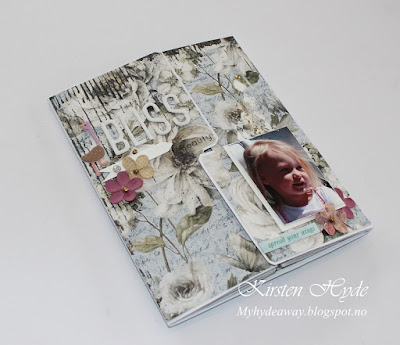 I have used stickers Stickers in between the text and the photos. These are cute 3D stickers with small animals and monsters and are superb for layouts and albums for kids. 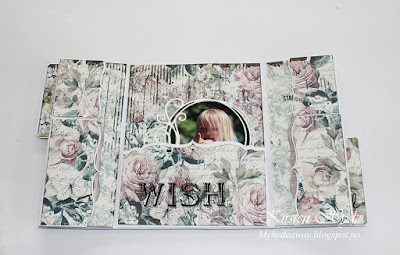 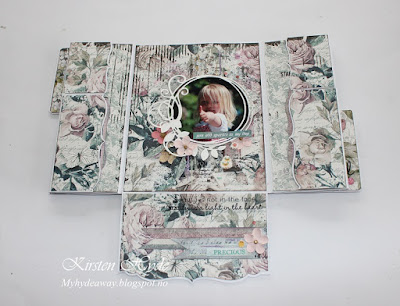 I have used different techniques on the background. I have stamped, used glittertape, golden foil, gesso and beads. Flowers are from Prima. 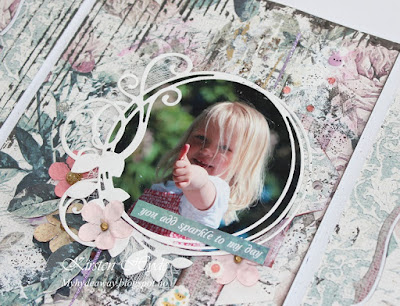 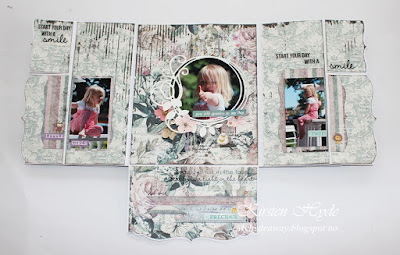 The sideflaps can be opened, showing text and more photos. Along the edges of the flaps, I have used dies "decorated boarder" from Rayher. 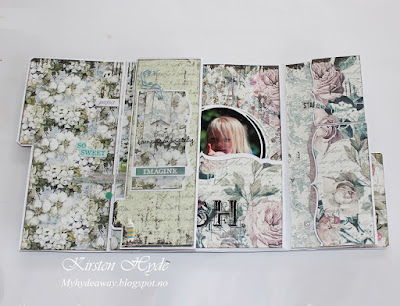 I have sewn some acetate behind two of the flips on the side of the album. The acetate has been sewn in at the top and the bottom of the page. This creates a transparent pocket along the flips. Therefore, the card or tag under the flip will show and decorate in the album. 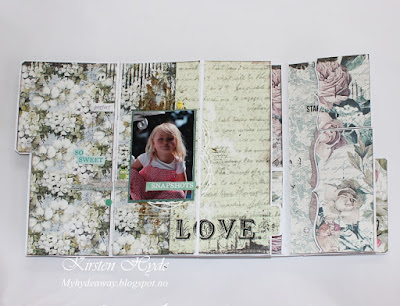 When you fold out the flaps, another layout is showing. I have used spray under the photo for effect. The text "Love" is also a sticker from Kaisercraft. 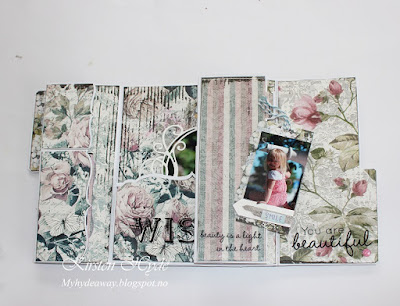 There is also a tag under the next transparent acetate pocket. The text on the acetate is a sticker from Kaisercraft, with transparent background. 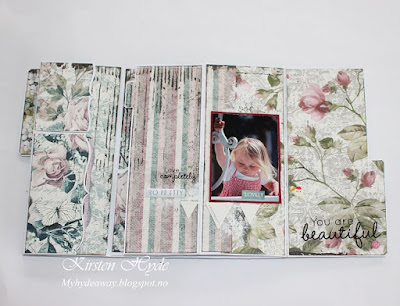 There is a small layout hidden behind the flap. The paper banners are from Rayher. 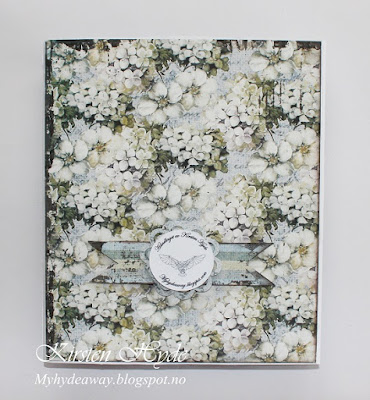 The back of the album is clean and simple, with a small banner and a "created by" stamp.

Film of the album

Drawings from the tutorial video with measurements: 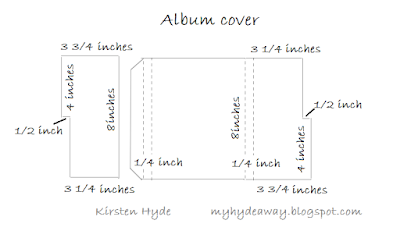 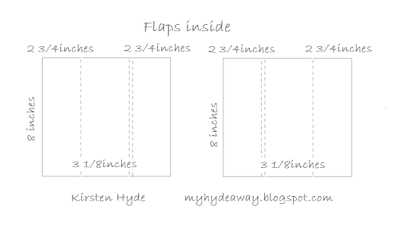 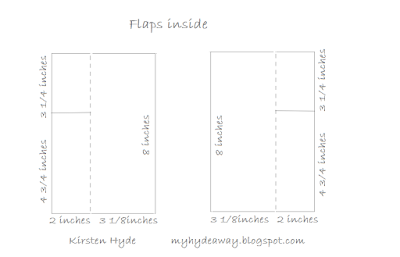 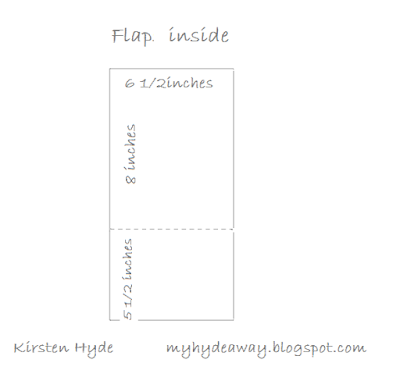