Thank you for joining us on our LDRS Creative inspiration week blog hop! We are showcasing lots of gorgeous projects using products from our new release. You can even see them in action with step-by-step projects by our amazing designers!

We have some awesome new critters with the Candibean Safari and the Polkadoodles Just Because and Sink Or Swim stamp sets, fabulous dies with the Woodland Foliage Frames, Petite Pinafore Build-A-Card, Petal Perfection Accordion and Happy Days Circle sets, and last but not least, a gorgeous Country Friends Sweet Pea Paper Pack for you to use with all your crafting projects!

Each day we are giving away a $25 LDRS Creative gift card to one lucky hopper!  To enter leave a comment on each blog in the hop, plus follow us on Facebook and Instagram. Winners will be announced on the LDRS Creative inspiration blog on May 29th.

For the release event we are excited to offer some great savings!

Today, I am showing an oval gift box with five cards. You can find the tutorial for the box further down in the blogpost. 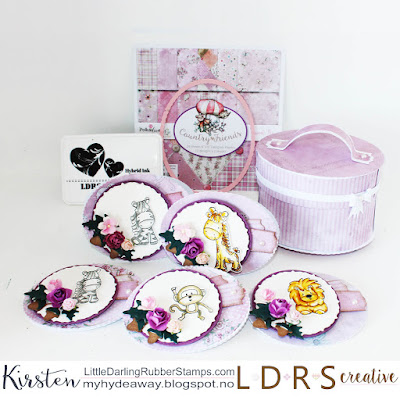 I used the new Sweet Pea paper pad for this project. 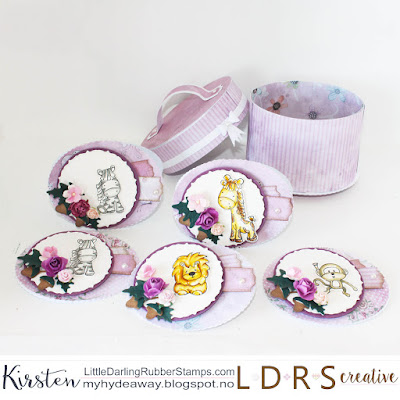 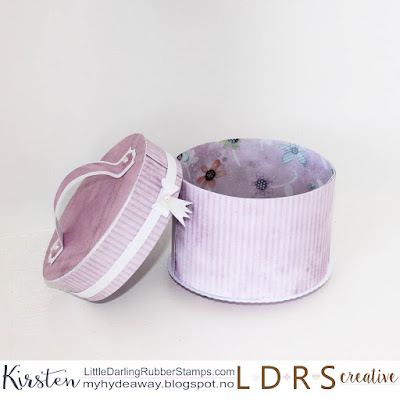 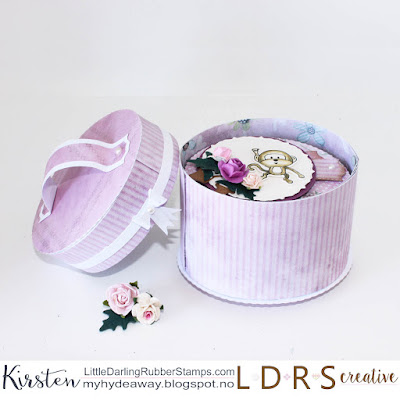 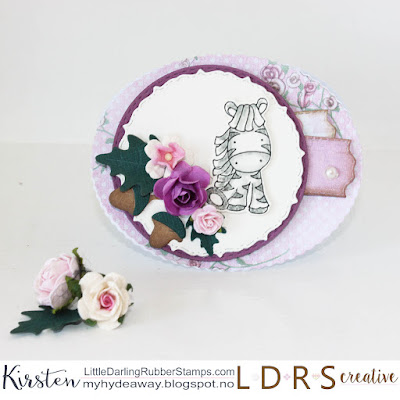 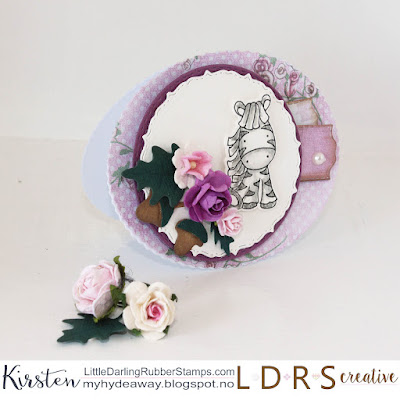 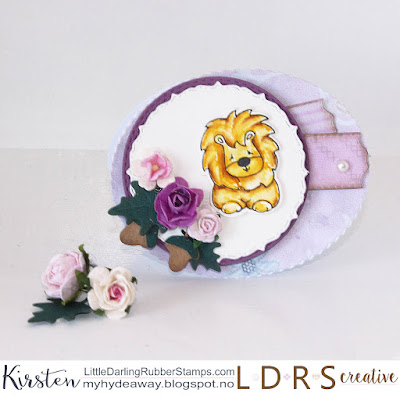 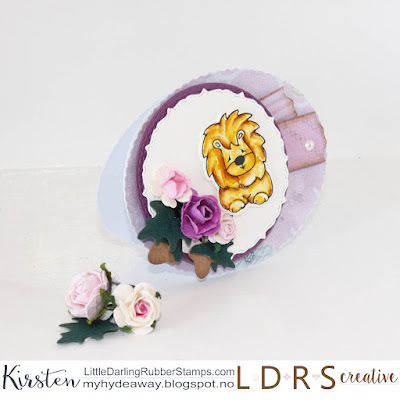 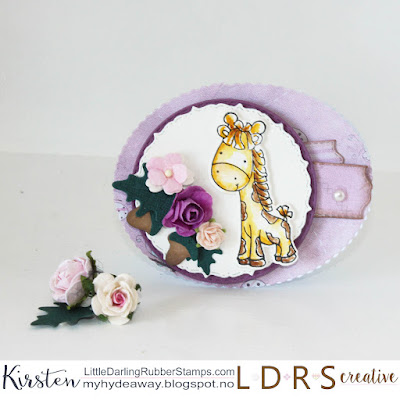 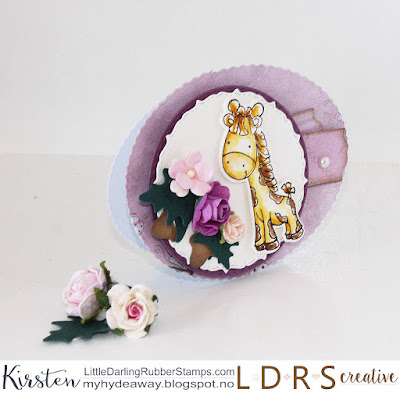 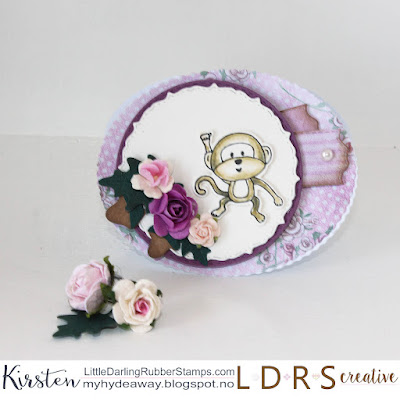 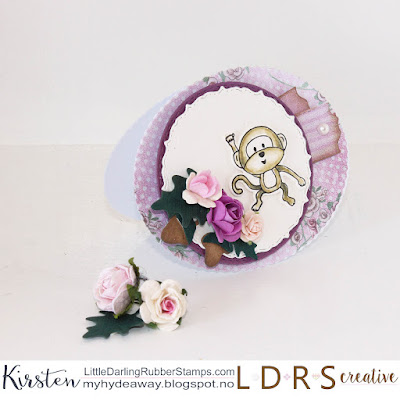 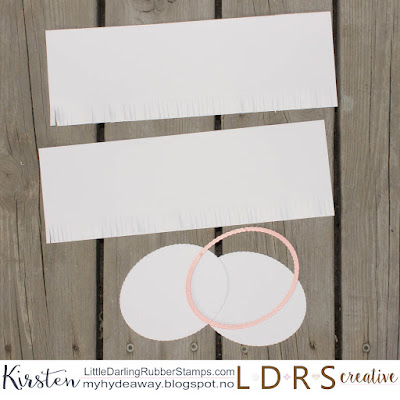 Cut out two ovals, using the large oval die from the Woodland Foliage Frames die set. Also cut out two strips of cardstock to create the sides of the box. I used two bits, since the cardstock would not reach all the way around the box. The two pieces were mounted together to create  longer strip of cardboard. The strip is 7,5 cm tall, scored and cut after 2cm. The 7,5 cm side created the side of the box, and the 2cm strip will be glued under the box. 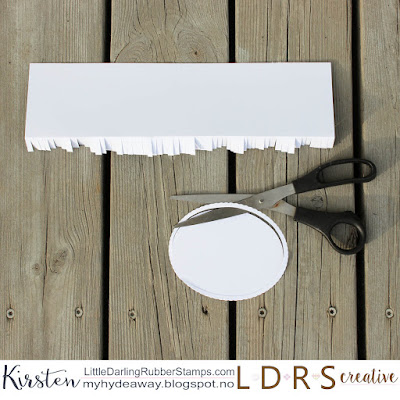 Fold along the scored line on the paper strip, and cut small lines vertically up the 2cm strip on the rectangle, creating the side of the box. This has to be done to be able to fold and glue the side to the oval. Cut of 3-4 mm of the edge of one of the ovals. This oval has to be  bit smaller because it will be glued inside the box. The other oval (the larger one), will be glued under the box at a later stage. 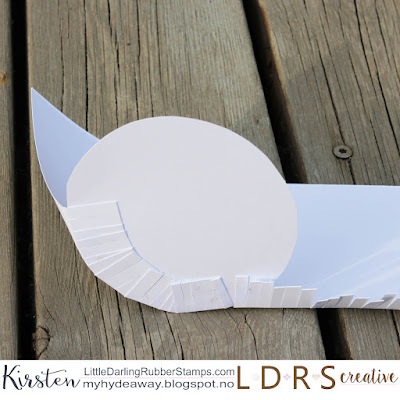 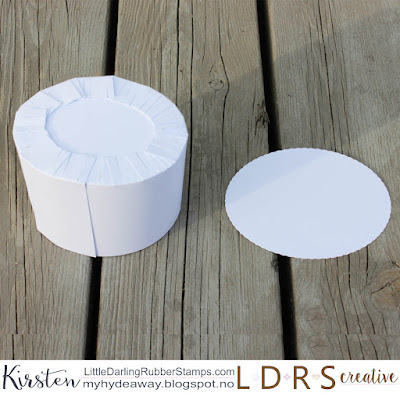 Glue the larger oval to the bottom of the box. You have now created the box. 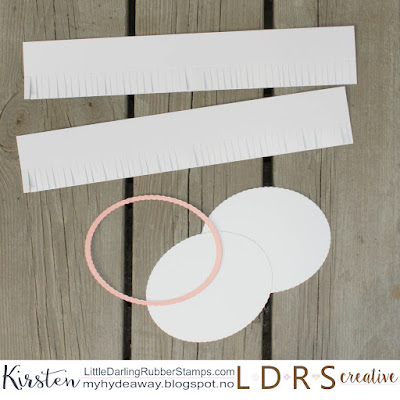 The lid for the box, has been created in the same way as the box. The lid has to be 3-4 mm larger than the box to be able to fit over the box. The side of the lid is 2cm, scored line and another 2cm
used to glue the side to the oval. 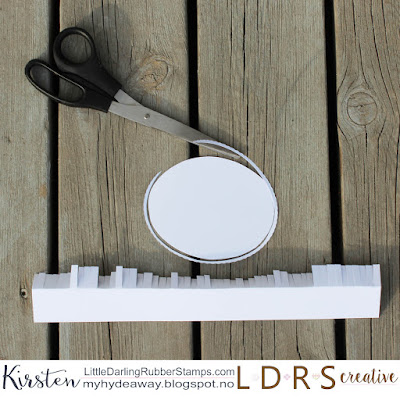 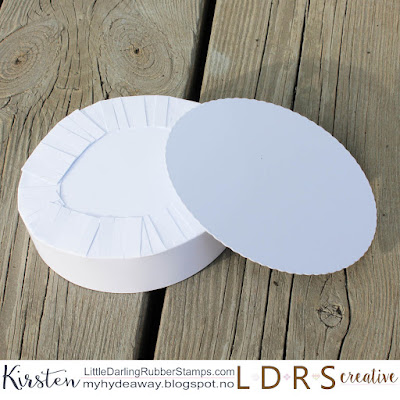 Glue the side of the lid to the box, gluing the smaller oval inside the box, and the larger oval outside the box. 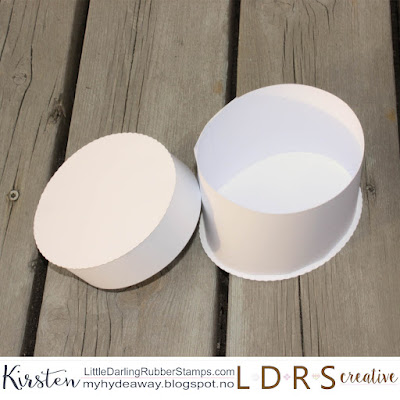 The box is ready to be decorated.

Hop along and leave a comment so you could win!

And make sure to be back tomorrow for more inspiration!