Hobbykunst is moving to their shop to Ola Hegerbergsgate 8 (Rasta), behind Triaden Storsenter. The opening of the new shop was celebrated today, the 2. of July. To celebrate the opening, I have created a new model for the shop, a small model tram.

This tram is a model of "The blue tram" with a few artistic differences. This tram is made after inspiration from an american tram at Graphic 45's stand at CHA, spring 2016, created by Laura Denison. 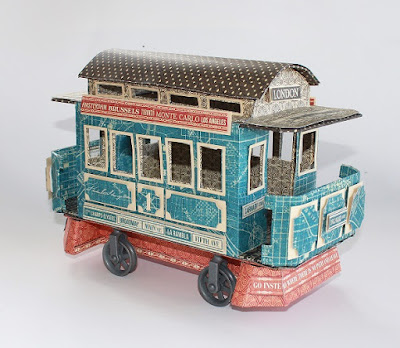 The tram has been made with papers from Graphic 45's collection City Scapes. 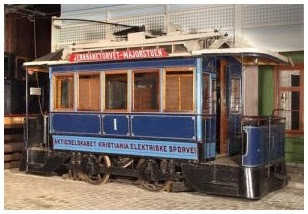 The first electrical tram we got in Skandinavia was the tram in Oslo (then called Christinaia). The tram was also called "Briskebylinjen" and went from Jernbanetorget over Briskeby and to Majorstuen. 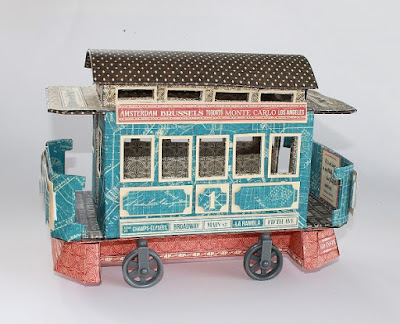 This tram has been built from scratch of cardboard, and decorated with paper before it was put together. The measurements have been made to scale to sort of match the real tram. 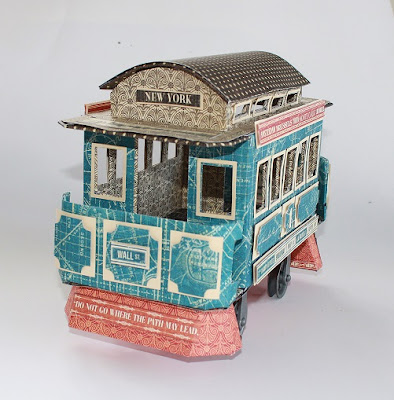 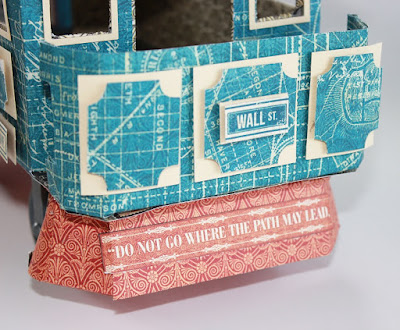 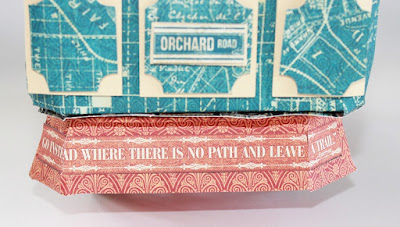 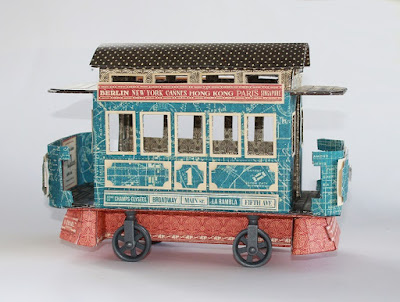 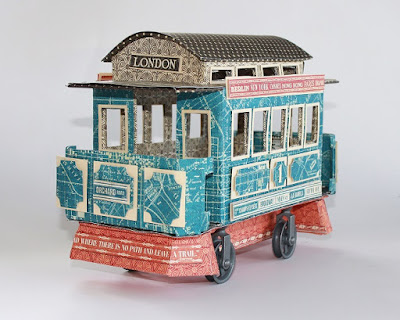 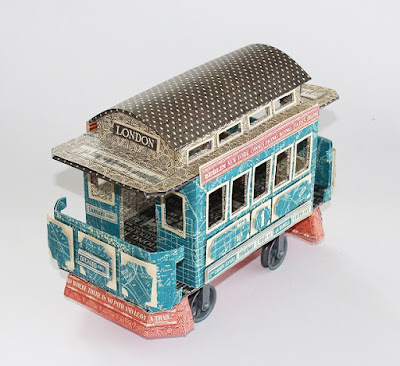 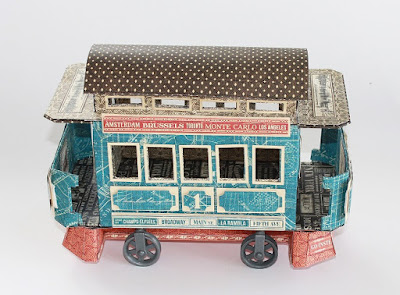 The wheels are from fra Tim Holtz 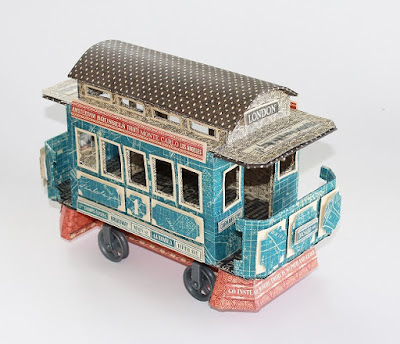 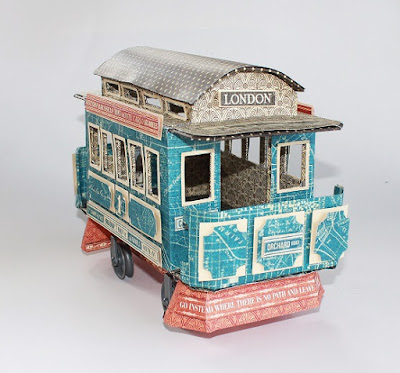 The tram can be seen in Hobbykunst's shop. 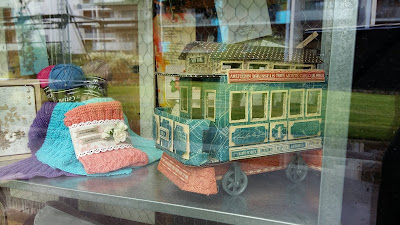 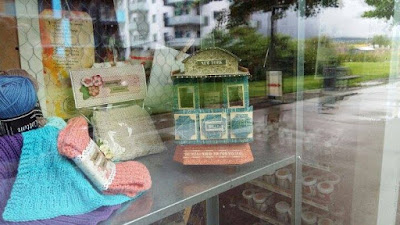 I have not created a template for this tram, as it is created as a "one of" art.
The tram is not for sale, and belongs to Hobbykunst.